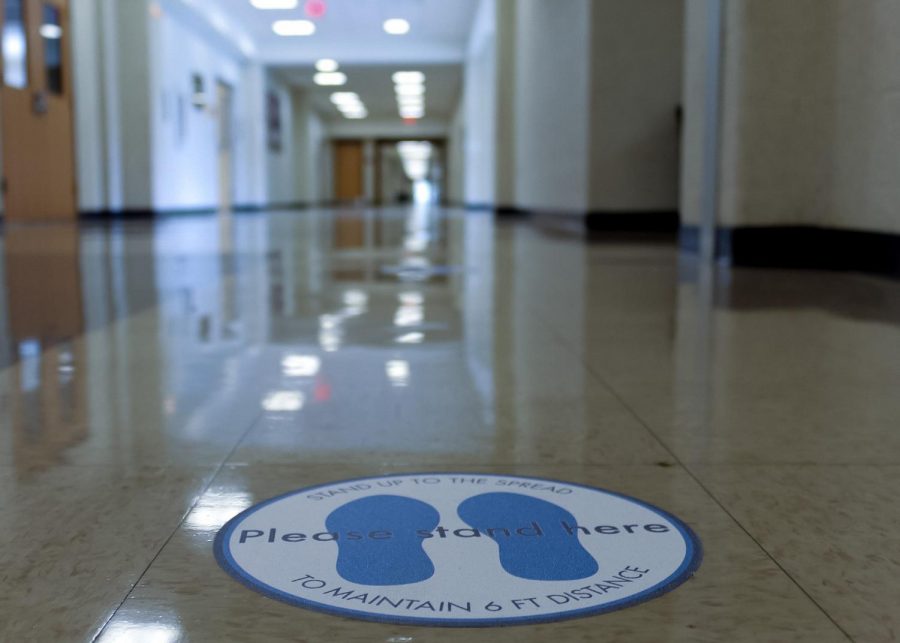 Markers placed on the floor in the hallway remind students and staff to stay socially distant, an implementation of one of the mitigation strategies put in place by the Medical Advisory Team.

Editors note: This article was modified on November 22.

What is the difference between PCR (polymerase chain reaction) and antigen testing?

Amico: “In regards to how the specimen is obtained, they both are obtained similarly and it’s usually by an anterior nasal swab. Not the one we all heard of back in March and April where they called it the ‘brain tickler’ where it was a long swab that went into the nasal pharyngeal cavity. Now it’s an anterior nasal swab so it’s a little easier to tolerate. They also have a saliva test, but what I’m hearing mostly what’s being done in the community is actually the self-administered nasal swab.”

Medina: “[For] the saliva test you have to produce five cc’s (cubic centimeters) of saliva which is actually a really hard thing to do for a lot of people and you can’t eat or drink or do anything for 30 minutes… A lot of people prefer the nasal swab just for that reason.”

Why does the school not take a rapid test as an actual positive or negative?

Duggan: “The Department of Public Health (DPH) has standards that we follow for the rapid tests too.”

Amico: “A positive PCR is a confirmed positive case. If you do an antigen and it comes back positive it is called probable and DPH recommends all antigen tests be followed with a PCR to confirm. Anecdotally, I’ve seen false negatives in the antigen that were confirmed by a positive PCR and I’ve also seen false positive antigens in people who don’t have symptoms who then, within 48 hours, test negative on the PCR, so it’s a false positive.”

What scenarios would cause someone to have to quarantine besides testing positive for the virus?

Amico: “Right now there’s no restrictions or recommendations for secondary contacts, so if somebody is identified as a close contact at their gymnastic facility, they come home, and the rest of their family is secondary contacts. [Their family members] don’t have any restrictions or anything… Whereas the person who is quarantined, the primary close contact, has to stay home, can’t have visitors, has to monitor for symptoms, etc.”

“There’s another reason why we ask people to quarantine and that’s if they travel outside if the lower risk states. That would be a 14-day quarantine for the school, that’s our guideline.”

Medina: “And it’s also important to say that if someone tests negative four or five days into their quarantine, they still must complete their quarantine because the further you are in your quarantine the less likely you may be to test positive, but you still can test positive right up until those 14 days. We’ve all heard of cases where it was day 12 and that person suddenly tested positive after their exposure.”

Duggan: “And the reason for the 14 days is because the incubation period of the virus is between two and 14 days.”

What scenarios could lead the school to shift back to full remote learning?

Duggan: “The main reason we would close schools would be if there was in-school transmission. When we do our contact tracing and we have a positive case and we follow those close contacts, if those close contacts tested positive that would mean there was a potential for in-school transmission or if there’s a team or multiple cases all in one place.”

“We also are looking at the weekly data the state comes out with about positivity rate and test numbers… We look at that data to see if it’s trending up. Another reason we would potentially need to close, whether it’s just for a day or two or three, is if something happened with the staff and we didn’t have the staff to teach school. That’s happened in a lot of towns in Massachusetts.”

How will the colder months, when there are typically more cases of the flu and other illnesses, have an impact?

Duggan: “Everybody’s going to get their flu shot so that will help, but all the mitigation strategies we have in place: the wearing masks and washing hands and staying six feet away, hopefully, will reduce our risk for the transmission of all viruses. So with all of those strategies that we’re doing right now including keeping up with the air filtration in the school and the cleaning protocols that have been put into place, hopefully, it won’t have an impact because all of that will keep all of our illnesses low.”

Medina: “I just want to make that pitch again really strongly for the flu vaccine because when we look at data on kids and teenagers, influenza actually is such a significant illness in the pediatric population during the wintertime. It often doesn’t get in the media, but it can cause a lot of serious illness and the vaccination really goes a long way to protect the kids, and that’s really important.” 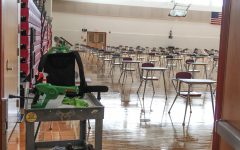 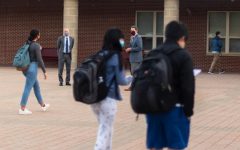 Is there anything the students and staff in the building can improve upon to help mitigate the spread and prevent a shut down?

Duggan: “Mainly, being diligent about wearing masks and maintaining the six foot distance. All of these things are making your risk lower and that’s what we want to do. I know it’s hard. I’ve been at the high school. Walking in the hallways is not the issue. It’s lunch, outside, I’ve seen that’s an issue. I mean it’s even hard for the adults, too. It’s just being cognizant of how far away you are from people. And then, that’s inside of school. Outside of school… oh, gosh. Don’t have sleepovers, please no sleepovers… No parties, have your small group of friends that you know what they do and they’re safe, like three or four friends maybe, but you know we’ve heard stories of parties of 60 people at someone’s house. Just being safe when you’re gathering. You can do things, you can have fun, you can be outside around the fire pit, you can be six feet apart, you can wear your masks. There are so many things you can do; that’s what we should focus on.”

Medina: “The other thing to add is for students doing club sports. We have to be very careful because what we’ve done in school with the MIAA is very strictly regulated, but hockey, basketball [club sports], these are actually going on and these are very, very high risk sports. So be very, very careful and look at what that club sport is offering and what they’re doing before you sign up for something like that because that is huge.”

“What you do outside of school, it directly impacts what happens in school. That is so key to really put out there because all the mitigation strategies in school have been proven to be effective to prevent spread of the virus.” 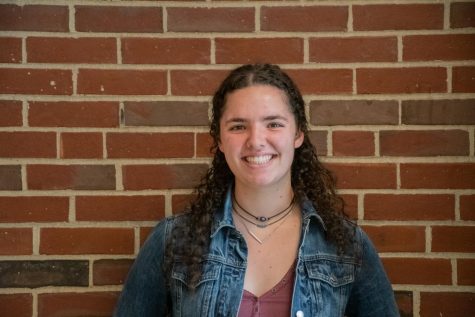 After being reluctantly thrown into journalism class her sophomore year, Laura knew after the first day she was going to love writing for the Harbinger.... 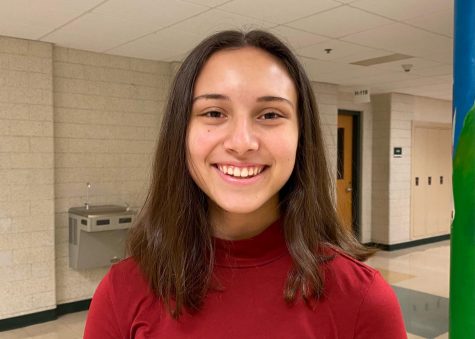 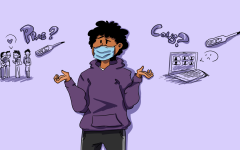 The Great Debate: Should we return to school fully in-person? 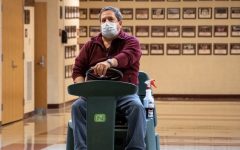 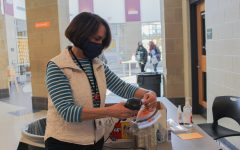 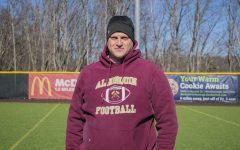 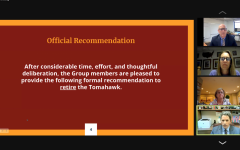 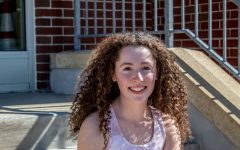 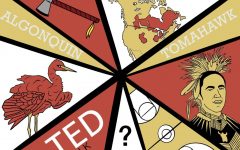 Focus groups give insight into student opinion about mascot