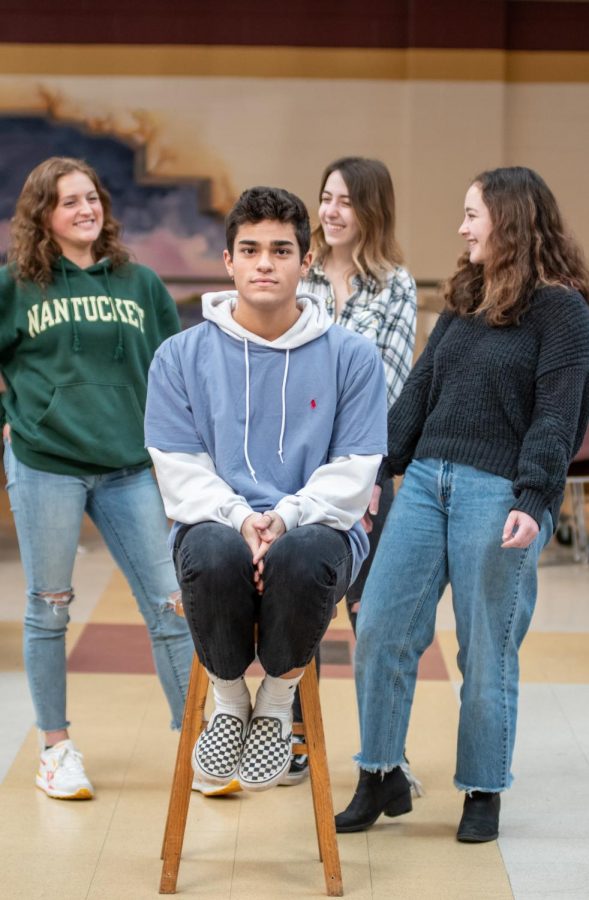 Senior Raphael Pazi has felt discriminated against at Algonquin for being gay, but his supportive friend group and position as a class officer have helped him find acceptance for his LGBT identity.

When Pazi came out his freshman year, people made comments about his sexual orientation both to his face and behind his back. One experience in particular, when he was leaving the boys’ locker room with a few of his girl friends and passed a group of boys, really struck him.

“One of them was like ‘What are you girls doing here?’ and he looked back and was like ‘Yeah Raphael, what are you doing here?’” Pazi said. “…That just showed me how ignorant people can be of someone’s feelings.”

Most of the time, however, Pazi would not hear these comments directly.

“[I remember] people talking behind my back and being like “Oh, he’s gay. That’s weird. I don’t want to hang out with him,’” Pazi said.

Though he struggled to have his identity accepted by some, Pazi always had his friends to rely on.

“I didn’t really care [that people were saying things] because my community, my most immediate friend group, was very supportive,” Pazi said.

Pazi is one of the few openly gay males in his grade, which he feels gives him unwanted attention.

“I feel so judged because I feel like people are going to be like ‘Oh there’s the gay kid,’” Pazi said. “…I’ve always hated being like the center of attention because of my sexuality.”

Pazi was elected as the Class of 2020’s vice-president three years in a row and this year, he is the class president. Running for a class officer position, he says, was pivotal in his journey of finding acceptance for his LGBT identity.

“As a gay person, accepting who I am and pushing myself in front of the whole school and my grade was a turning point for me,” Pazi said.  “Because I’m like ‘Oh, I’m going to find and accept who I am, and I’m going to put myself out there as this new person that I’ve become.’”