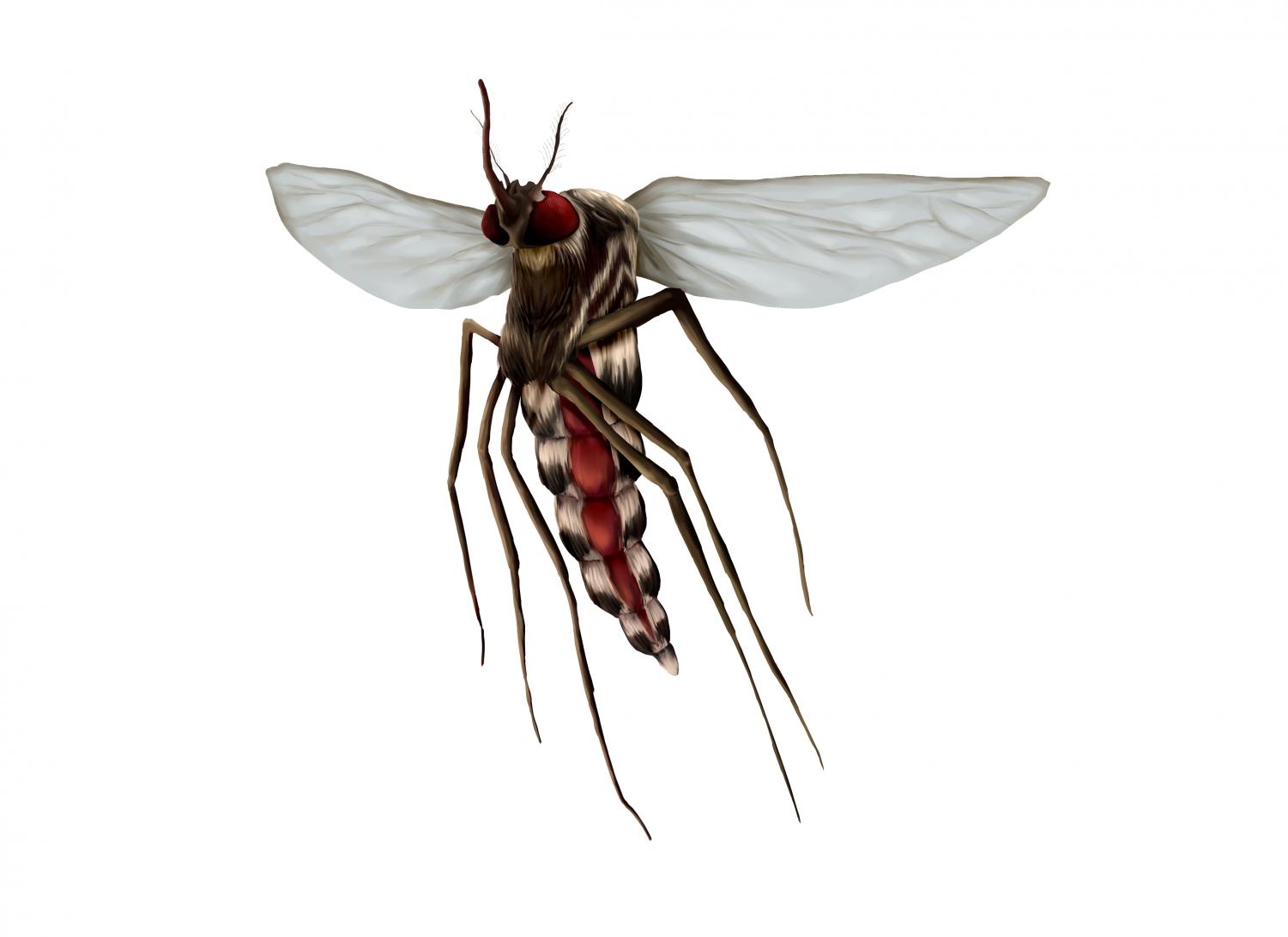 With the outbreak of Eastern Equine Encephalitis virus (EEE), a fatal, mosquito-transmitted disease, the district has cancelled or moved all outdoor activities after 6 p.m., leading to adjustments in the fall sports’ schedule. 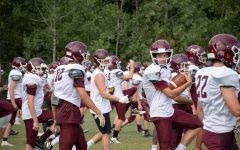 Lacking a vaccine, this virus has called for preventative measures in order to protect students’ and community members’ safety.

As of Oct. 21, the towns of Northborough and Southborough are both classified at critical risk for EEE, the highest of five risk categories established by the Executive Office of Health and Human Services.

EEE outbreaks in Massachusetts historically last one to three years and occur in seven to 10 year cycles. The current outbreak, which began in July, has already led to 12 confirmed human cases, one of which was a Northborough resident, and four deaths in Massachusetts as of Oct. 15. According to Executive Director at the Central Mass Mosquito Control Project Timothy Deschamps, this virus has presented more aggressively than years past.

“It does appear at this point in time we’re probably looking at a more virulent strain,” Deschamps said on Sept. 26.

90 percent of people bitten by an infected mosquito will develop EEE. Within the first four to ten days, the initial symptoms, which can include fever, headache, nausea, vomiting and a lack of energy, will present. More serious symptoms, such as muscle weakness, confusion and ultimately the inflammation of the brain, can present later on. Approximately 30 to 40 percent of cases result in death.

“[EEE] goes very quickly from what are those very simple symptoms that can be common to any virus to some of these more serious neurological symptoms,” Northborough-Southborough school district physician Dr. Safdar Medina said. “When they happen, your condition can deteriorate pretty rapidly, so you want to get to a hospital as soon as possible.”

According to Medina, the risk associated with EEE needs to be taken seriously given that a treatment does not currently exist for the virus.

“While we can diagnose [EEE], we can offer only supportive care to somebody,” Medina said. “Certainly some people can have long-term complications, permanent neurological damage from EEE. That’s why we are so vigilant about it.”

Shifting the timing of games has resulted in decreased fan attendance, lowering the revenue gained from ticket sales and therefore, impacting the athletics budget.

Athletic Director Michael Mocerino believes that this decrease in ticket sales is a small matter when compared to the safety of student-athletes.

“We understand that there’s going to be a little bit of a difference [in the amount of money brought in by ticket sales], but in the full range of things, we want to make sure our athletes are safe,” Mocerino said.

“It’s mentally affecting us because I’ve been pretty rattled having to worry about mosquitoes in the woods when I just want to focus on running.””

Junior linebacker Michael McEvoy does not mind giving up parts of Saturdays to avoid extra contact with mosquitos during football games.

“I’m not too upset about it because I’d rather be safe than sorry,” McEvoy said.

Sophomore soccer player Carlee Ballard, on the other hand, is annoyed about the shift in her sport’s schedule.

“I’m pretty upset because it’s a lot more exciting to play under the lights during the fall season,” Ballard said. “Evening games get everyone pumped up and it’s easier for fans to come and support the team at later games rather than right after school.”

Although the schedule for cross country has not changed, the sport has still felt the impact of the EEE threat, with the teams changing practice routes to avoid mosquitoes.

“In day-to-day practices, we essentially try to avoid the woods, so we’ve been running on the roads much more often than in seasons past,” girls’ cross country coach Patrick Galvin said.

The home course was also modified to reduce how much of it is in the woods. However, runners still need to enter the woods to complete the course, making some students nervous about the EEE threat.

“It’s mentally affecting us because I’ve been pretty rattled having to worry about mosquitoes in the woods when I just want to focus on running,” senior captain Joe Kearney said.

Fall sports will continue with these modifications until the first hard frost, which is categorized by temperatures of 28 degrees Fahrenheit or less for at least four hours.

“We’re hoping for a hard frost but if we don’t [get one], we’ll make the best of it and we’ll continue on,” Mocerino said.

On average, the first hard frost for Northborough and Southborough falls between Oct. 1 and Oct. 10. As of Oct. 17, a hard frost has not occurred.

Despite the challenges and inconveniences of the situation, Mocerino believes everyone has done a great job prioritizing the safety of the students.

“It’s been a good opportunity to see us come together and show true T-Hawk spirit,” Mocerino said.  “…We’ll continue to work with everybody involved to make sure that the safety of our kids is still top priority.”

What has been done to protect students?

Though EEE is a rare virus, Medina emphasizes that precautions should still be taken.

“We do need to remember that while this is not very common, this is very serious,” Medina said.

The focus of EEE prevention is on reducing exposure to mosquitoes given the lack of a vaccine.

“The best thing [to prevent EEE] is prevention of mosquito bites,” Medina said. “When you’re out, trying to be outside in long-sleeved shirts and pants, especially around peak mosquito times, or if you have to be around still water, to use EPA registered insect repellent that contains chemicals that we know are effective against mosquitos.”

Medina notes that most natural bug sprays are not effective against insects.  Families should instead opt for EPA registered insect repellent.

“Knowing what to do to protect yourself and what’s going on [is the best way to stay safe].””

According to District Wellness Coordinator Mary Ellen Duggan, the district has prioritized to informing the community about the virus.

“Knowing what to do to protect yourself and what’s going on [is the best way to stay safe],” Duggan said.

In a Sept. 8 email, Superintendent Greg Martineau encouraged parents to have their children wear long sleeves, long pants and socks and apply mosquito repellant to their child’s clothing before sending them to school.

All outdoor areas at Algonquin were treated with Zenivex E4 ULV, a synthetic pyrethroid that controls adult mosquitoes, on Sept. 12. Furthermore, school grounds have been inspected daily for standing water since Aug. 19.

In addition to the safety measures taken by the school district, the state has also responded to the outbreak, using aerial spraying to control the mosquito population, which is a first for the area.

“We have never seen aerial spraying for mosquito control in this part of Massachusetts ever,” Deschamps said. “…I’ve been doing this 37 years; I never thought it would happen.”

Deschamps believes aerial spraying was the right step to reduce the risk of Massachusetts residents contracting EEE, especially given how aggressive the virus is this year.

“Each [case of EEE] is a tragedy,” Deschamps said. “But I’m very certain in saying had they not done these aerial interventions, those numbers would be significantly higher.”

Once a hard frost kills off most of the mosquitoes in the environment, the threat of EEE will end for the time being.

“Nothing will change until we have a good frost,” Medina said. “Once we have a good, deep frost, then we know mosquitos will be dead and everything will be back to usual.”

Deschamps urges people to continue to be vigilant even as the weather grows colder.

“A lot of people think that risk is less at this time of year, but sometimes the inverse is true because while there are fewer mosquitoes, there are more potentially infected mosquitoes,” Deschamps said.

EEE will most likely return again next year due to its cyclical nature.

“The best advice that we can give [for the future] is to continue to monitor your local health departments and mosquito control programs to find out if the virus has begun to be identified and if so use those personal protection measures which will give you a lot of reduction in risk,” Deschamps said.
According to Medina, the district is prepared if EEE returns next year.

“If [the district starts] seeing that there is increased EEE activity starting in the spring or early next summer, then that’s when we can meet again,” Medina said. “We look at the guidelines that we tried to establish this year and see if we can improve on them.”

This article originally ran in the October 2019 issue of The Harbinger.

If you donate $10 or more, The Harbinger will mail a copy of our first print issue in over two years, a 48-page news magazine that's a retrospective of many of this year's stories, to the recipient of your choice.
Your donation will support the student journalists of Algonquin Regional High School. Your contribution will allow our extracurricular publication to purchase equipment and cover our annual website hosting costs. 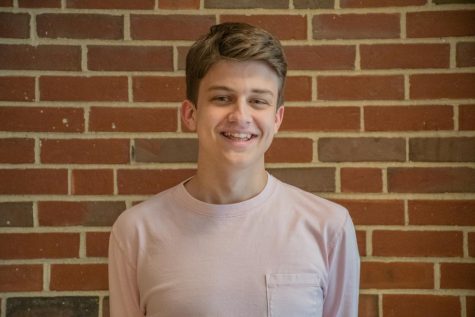 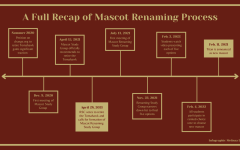 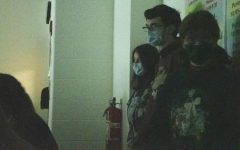 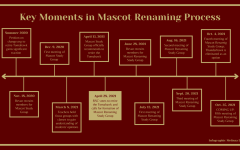 Donate to THE ALGONQUIN HARBINGER
$735
$1000
Contributed
Our Goal
Submitting donation...

Thank you for your donation in supporting our extracurricular student-run publication! We will contact you soon for the address you would like our spring 2022 print issue mailed to. If you have questions, contact us at [email protected]