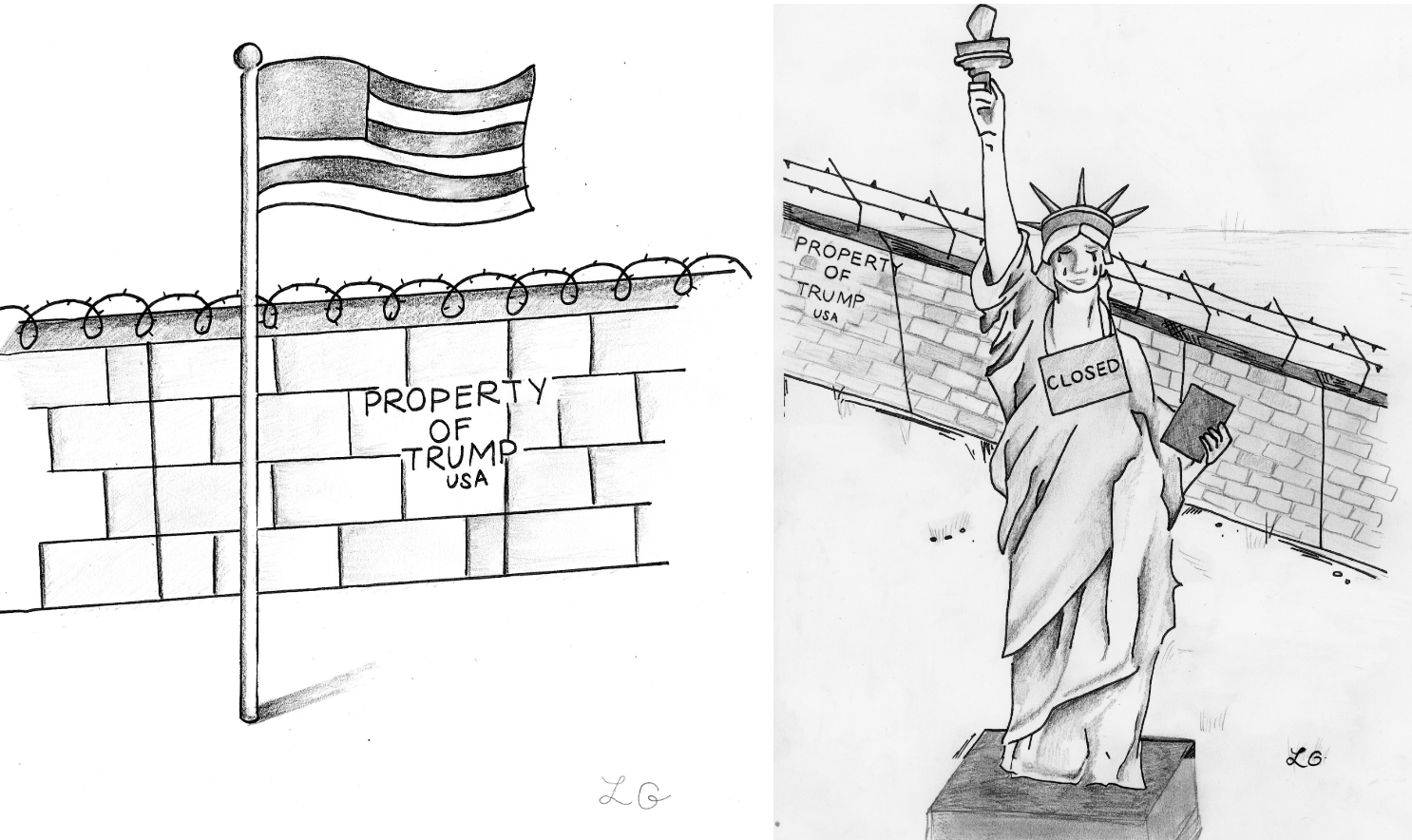 Students Speak Out: Build the wall?

The lack of security on the southern border of the United States is an emergency for multiple reasons including illegal crossings for the sole purpose of living in the U.S. and dangerous drug trafficking.

The 1,933 mile long southern border stretches from the Pacific Ocean in California to the tip of southern Texas with entry points in California, Arizona, New Mexico and Texas. These entry points are all places to legally earn asylum and enter the United States on a visa or green card.

As President Trump explained in his recent 2019 State of the Union address, immigrants enrich our nation and strengthen our society in countless ways, but coming here is a privilege, not a right, and it must be done fairly and legally. Those escaping dangerous conditions in areas such as communist Venezuela or gang violence in Honduras looking for a better life and opportunity are more than welcome into the United States. However, asylum seekers are only welcomed if they follow the law and enter at one of the entry points.

Why would someone need to come here illegally? According to Texas Monthly, the reason comes down to numbers. The government offers many kinds of visas, but there are only few of each.

H-B2 visas are offered for temporary non-agricultural workers, and are a very sought after visa. The U.S. State Department says they offer only 66,000 of these popular visas, limiting the amount of workers filling jobs so Americans are not economically affected. If people enter the country without visas, it throws numbers off and causes Americans to lose job opportunities.

The border wall needs to be accepted and funded by Congress to ensure the safety and economic wellbeing of the American people, and it should not be a partisan issue. The need for the wall is based on facts, not feelings.

To clear up a common misconception,  “the wall” is not intended to be an 1,933 mile long barrier stretching the length of our southern border. According to Congressman Dan Crenshaw of Texas’ 2nd district, the “wall” will be barriers of fencing and steel, new technology and the addition of border patrol agents in areas that are not covered by natural barriers such as rivers, mountains and tough terrain.

With the global power and opportunity the U.S. has, people are enthusiastic about immigrating here. With that comes many  people trying to come into the country every day, and there may not be enough visas to go around. I think the limited number of visas is smart, and makes sure there are enough jobs for the immigrants who are entering in hopes of a better life. In extreme circumstances, I believe there should be an expedited immigration process for those escaping dangerous circumstances and seeking asylum in the United States. Otherwise, I believe the immigration process is fair. The wall, increased technology and border agents is vital to securing the United States.  Everyone is welcome, but everyone must wait their turn. It’s as simple as that.

Border patrol agents are looking for new solutions as well as the barriers and improved technology. For example, the adjustment of outdated policies such as the “Catch and Release.” The policy, according to the White House website, is a loophole that requires border patrol agents to release arrested illegal immigrants after a few days to the Health and Human Services program, which in passing gives them an easy way to escape into the United States. This issue can be solved by improved border control, which would also prevent the immigrants from being arrested in the first place, and save our 18,600 hard working border patrol agents’ time.

The walls and new technology have strong potential for success. In the USA Today article “Border Walls Work” written in 2017, it says  the walls built in Tucson and Yuma, Arizona caused a 90 percent drop in illegal immigration over nine years. The border barriers will be a helpful addition to the security we have in place to ensure the safety of the American citizens as well as the safety of the immigration process. 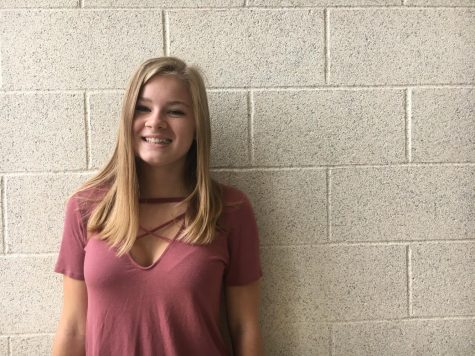 One of the president’s main promises on the campaign trail was that when he gets into office, he will build a wall on the Mexican-American border. Over two years into his presidency and the people who voted for him are now searching for this wall.

After much negotiation, Congress, which has the job of regulating such expenses, compromised on a deal for 1.4 billion dollars for 55 miles of fence in Texas. This is not nearly enough for the 5.7 billion dollars of 234 miles in steel wall that Trump had asked for. In early February, the president used, dare I say abused, his executive power to declare a “National Emergency” over the southern border in order to fund his long-promised wall.

Our nation’s very core is built by immigrants and continues to be a reason why it is well- respected across the world. America has always been a safe haven for anyone, especially immigrants and refugees, to live “the American dream.”

Besides, a physical barrier will not stop illegal immigration. We currently have a wall of sorts that divides the border, so what will a longer and more expensive one do?

The Mexico-U.S. border stretches across more than 1500 miles, which covers terrains including mountains, deserts and rivers. The president plans to argue for eminent domain, taking private land for public use, in order to cut through thousands of people’s land and homes that are on the border.

Depending on who you ask, the entire construction of the wall is estimated to cost anywhere from 8 to 67 billion dollars. Because there is no clear plan for where this wall is to be placed, or what it is even going to be made out of, no one really has a concrete number for how much the wall will cost.

Since Mexico is not paying for this wall, despite what President Trump claimed throughout his candidacy, America has to cough up billions of dollars that we really don’t have.  Our national debt is at 21 trillion and counting!

Experts estimate that a 1000 mile steel wall would take up to 11 years of construction and labor to build with efficiency. The maintenance of the wall, approximated to be 150 million dollars a year in a report by Senate Democrats, is another headache that taxpayers would have to deal with.

Instead of building a wall, we could use this time and effort to create a better internal system for immigration. Many supporters of the wall believe that problems the U.S. faces with illegal immigrants come from people who have jumped the southern border. This is not entirely true because building the wall will not magically remove the undocumented immigrants who are already in the country. However, they should not be deported either. As active members of our society, they deserve a place in America. A screening protocol should be set in place that allows them to become documented, without fear of deportation.

According to 2017 data from the Department of Homeland Security, a major cause of illegal immigration is people who came here legally through ports of entry, but overstayed their visas. In fiscal 2017, visa overstays amounted for about 670,000 people, which is twice the number of people caught at the US-Mexican border, 304,000. This defeats the purpose of a wall altogether.

According to the US Department of Labor, immigrants make up 17 percent of the American labor force. Undocumented immigrants tend to take jobs that Americans don’t. They are an asset and not taking away jobs from Americans. Without immigrants, positions that we consider menial, but that are essential to our society’s well-being, such as working in nursing facilities or manual labor like working in fields, would not be done by anyone.

Documented or undocumented, immigrants contribute more to our economy than we want to give them credit for. Undocumented immigrants pay an estimated 13 million a year in payroll taxes that contribute to public benefit programs like Medicaid and food stamps, even though they can never collect them. They should not be tortured like this.

I may not agree with a border wall, but I do agree with one thing: we need to have a well- developed immigration system and we need to set this as a priority. The government needs to address the growing number of asylum applications. As more and more applications are ignored, it forces people to find an alternative, usually illegal, way to still enter the country.

Ports of entry into the US need to be increased because it would allow for a focus on drug trafficking at ports of entries, resulting in more drug seizures.

Another major change America needs to make, and quickly, is to improve our immigration courts. They are inefficient and understaffed courts that currently have no protections for undocumented immigrants.

Lastly, we need to invest more money into technology for things like screening who comes through ports of entry and expand programs within DHS and ICE to stop drug cartels who use advanced technology. The issues with our immigration system are ones we can work towards if we can focus on more important things, rather than a physical wall that will do little to nothing for the goals we hope to achieve. 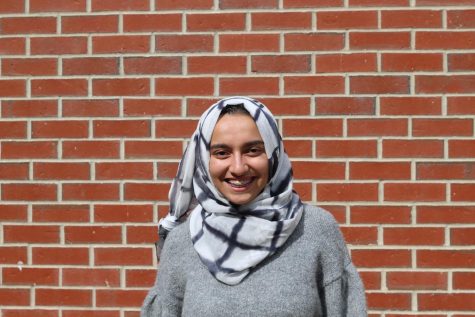 Mariam began writing for The Harbinger after taking journalism her freshman year. She became the Assistant Online Editor her junior year, and runs the...