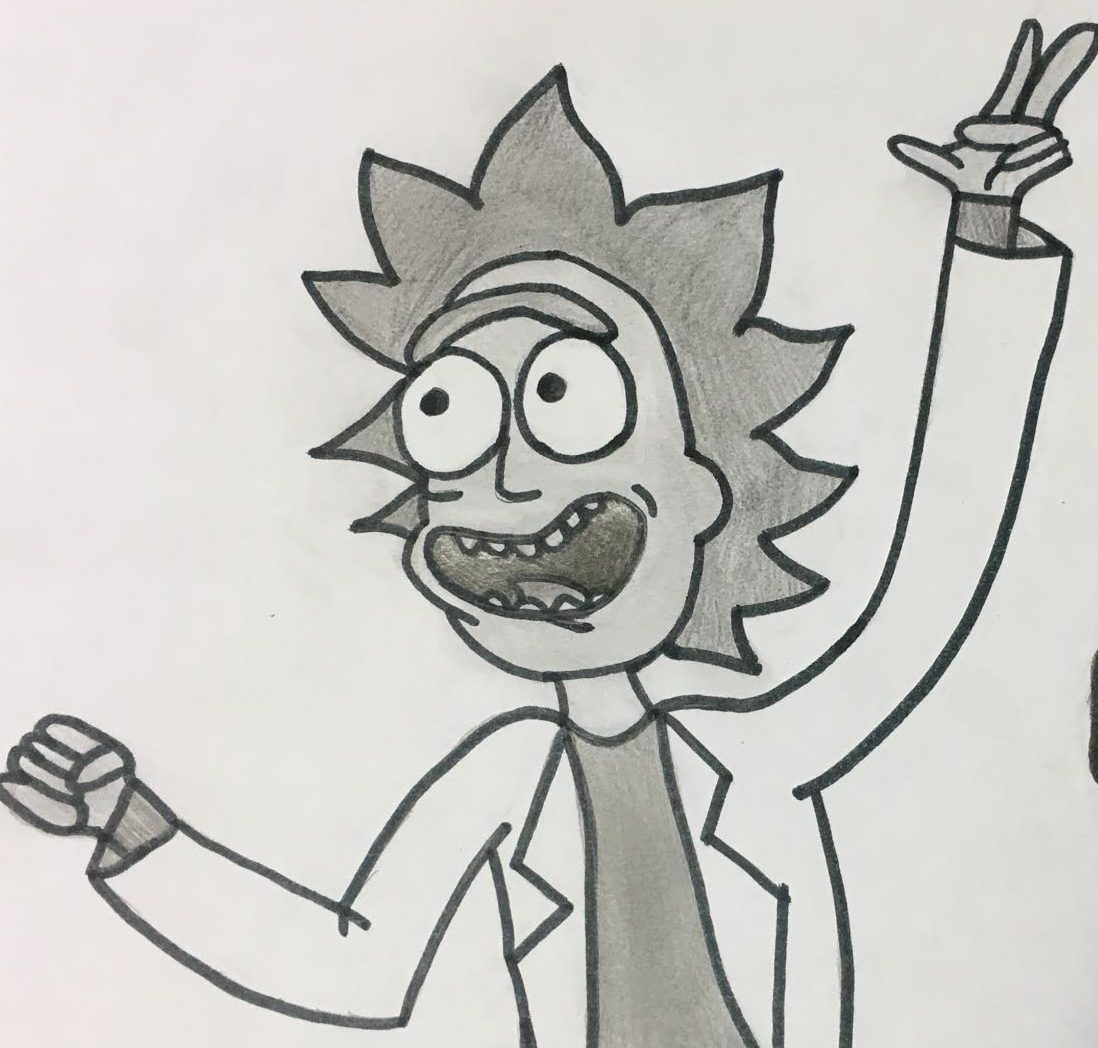 Popular show ‘Rick and Morty’ provides laughs for all

REVIEW: Get your pickle rickled with season three of ‘Rick and Morty’

The third season of science-fiction show ‘Rick and Morty‘ has come to an end after ten well-crafted episodes. In this show, the two main protagonists, Rick and Morty, embark on countless, highly entertaining adventures across the universe, exploring incredibly unusual circumstances and worlds only accessible to them.

Rick, the apathetic, nihilistic old man, possesses the genius that allows him to partake in these absurd adventures with his 14-year-old grandson Morty. The technology he invented allows the two to do remarkable things, such as travel time, enter others’ dreams, create universes, and teleport.

The show features the life and affairs of their family, which includes Morty’s parents, Beth and Jerry, and his sister Summer as well.

Beth, being Rick’s daughter, is generally frustrated with husband Jerry, who she views as limp-wristed and weak.  Rick also unsurprisingly resents Jerry since he sees him as unintelligent and annoying.  Both Summer and Morty are heavily affected by the actions of the older members of the family.  Since the unity and happiness of the family is largely dependent on the older character’s actions, Morty and Summer are negatively impacted as relationships worsen among them.  For instance, Beth and Jerry’s feud is a primary source of grief for them.

Season 3 takes a darker turn than previous seasons, as nihilism and apathy are major themes/motifs that became increasingly apparent.  Many of the events and situations that occur impact the viewer in way that it is often necessary to take time to absorb the content, since the comedic overlay is often so humorous that understanding the severity of a given situation takes time. However, this is indicative of the excellent job the makers of the show (Dan Harmon & Justin Roiland) have done towards maintaining the show’s humor even during morbid parts.  After all, Rick and Morty is intended to be a comedy show.

The show does a remarkable job portraying the development of relationships between characters through its quality plots, which are always rich with comedy.  In this season, Rick’s empathetic side is slowly revealed throughout the course of multiple episodes.

For example, in episode 3, Pickle Rick, Rick is originally adamantly against attending a family therapy session so he turns himself into a pickle.  However, by the end of the episode, he decides to attend the session after going through an absurd series of events in his pickle form.  The season features this type of character development for many of the major characters.  For instance, Jerry starts to realize the importance of standing up for himself and not being fearful all the time, and Beth begins to understand what truly matters to her.

Season 3 proved to be greatly enjoyable with quality plots and comedy.  Although it focused on more serious topics than those from the past seasons, the writers still maintained humor and also kept the show interesting, which is typically rare when shows progress through seasons.

Once you start watching Rick and Morty’s zany interdimensional adventures, it doesn’t take long to finish all three seasons. And if you love the show as much as I do, finding a new, equally entertaining cartoon to fill the void can seem near impossible.

Now I’m no Mr. Meeseeks, but I would like to try to help you on your journey to finding your next show. I can’t promise any interdimensional television level innovation, but without further ado, here are my top TV recommendations for “Rick and Morty” fans.

Where to watch it: Hulu, Amazon Video

What “Rick and Morty” fans might like it: Do you love “Rick and Morty,” but sometimes wish that the writers would just chill with all of those deep, thought-provoking, existential crisis catalysts and darker sub-plots and themes?

Do you love how Rick burps between dialogue, but feel troubled by his clear mental instability when it’s portrayed as anything but a joke?

If you prefer the more Jerry-ish humor that Rick and Morty has to offer, then “Bob’s Burgers” is a perfect fit for you.

The animated FOX sitcom tells the tale of the middle-class Belcher family juggling the responsibilities that come with running a local burger joint with school, relationships and pulling silly stunts such as opening a casino in the basement or putting on a Halloween musical in the restaurant. The result is a light-hearted, hilarious comedy, full of fart jokes and stupid, but amazing, humor.

Where to watch it: Every full HD episode is free on Youtube, some episodes are AdultSwim.com

Why “Rick and Morty” fans might like it: A friend of mine once said that every episode of “Rick and Morty” has at least one “existential crisis” moment. From Morty being mortified by having to bury his own body, to the depressing aftermath of Rick’s breakup with Unity, to general overarching themes of alcoholism, family life and divorce, and universal insignificance, “Rick and Morty” does get pretty dark.

If you’re the type to relish the existential crisis moments in some weird way, then claymation sitcom “Moral Orel” is perfectly tailored to your needs.

At its start, “Moral Orel” is simply a witty comedy poking fun at Christianity and organized religion in general through 12-year-old Orel Puppington’s attempts to uphold God’s wishes. Although the young boy always has pure intents, he often interprets advice too literally, and ends up doing things like clinging to the school bully in an attempt to be loyal, or developing an alcohol dependency in order to act more mature.

From the start, the show provides some social commentary, criticism and food for thought, but for the most part, seasons one and two are just some good old-fashion inappropriate humor. However, the last two episodes of season two mark a stark and abrupt change in tone that last for the rest of the show’s existence.

By its third and final season, “Moral Orel” is a dark, depressing but incredibly articulate and thought-provoking drama that reveals deep truths about both Orel, the other characters living in his fictional town of Moraltown, and life in general. Jokes that were introduced in the first two seasons are cleverly revisited from new perspectives. Topics such as appearance vs. reality, the impacts of alcohol abuse, love, lack of love and what it really means to be happy are explored in the show’s explosive final season. The result is incredibly emotionally impactful and is sure to resonate with viewers who are open to it.

And while I thoroughly enjoyed all three seasons of the show for different reasons, I feel it necessary to warn that this show contains both offensive, inappropriate humor and very dark topics. It’s rated TV-MA for a reason, folks. Watch at your own risk.

Where to watch it: Netflix

Why “Rick and Morty” fans might like it: If you appreciate both the clever comedy and the more depressing aspects of “Rick and Morty,” then “Bojack Horseman” is the best fit for you.

The Netflix Original series follows washed-up, forgotten, narcissistic ex-celebrity Bojack Horseman through his struggle to rebuild himself in the eyes of the public, his friends and family, and himself.

Similar to “Rick and Morty,” “Bojack Horseman” tackles some thought-provoking themes through a comedic lense, leaving viewers with more to think about than just the surface-level jokes.

But the surface-level jokes are pretty awesome too. In the show, all different sorts of animals co-exist and interact on a daily basis, which leads to some stupid, but hilarious jokes and puns.

It’s a great, watchable show, that makes you laugh most of the time, but gives you stuff to think about if you’re open to it; just like “Rick and Morty.” 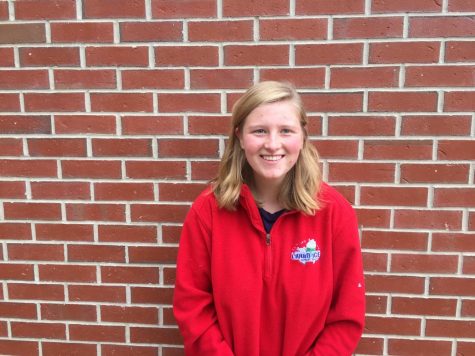 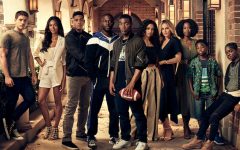 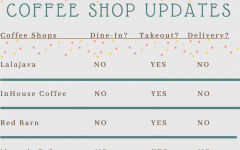 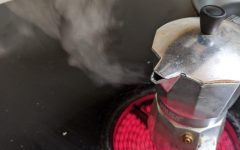 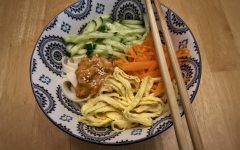 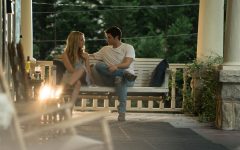 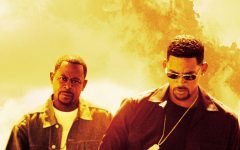 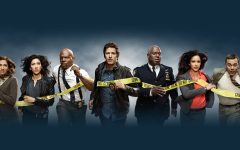 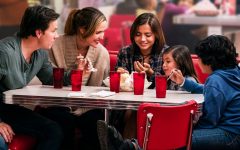