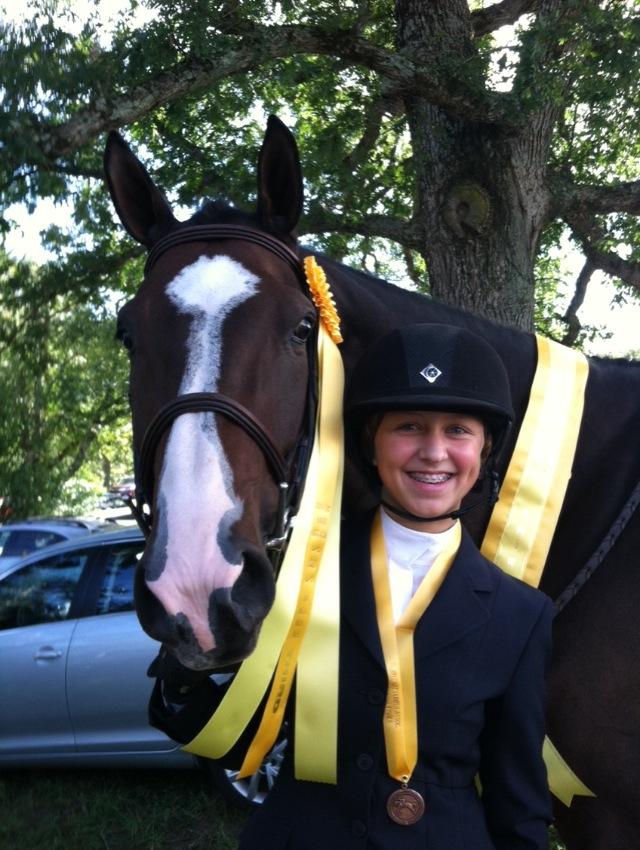 The risk pays off for sophomore Alyssa Krinsky as her horse flies into the air over a three-foot hurdle into a sensational landing.

“Throughout the school year I go to the barn four days a week, and on the weekends I ride two horses per day,” Krinsky said. “During the summer, I ride every day and compete in a couple shows a month.”

Krinsky’s dedication mirrors the generations of equestrians in her family.

She began riding horses around the time she learned to walk.

“I did pony rides at my grandparents’ barn when I was a year old,” Krinsky said. “I started taking regular lessons when I was six, and began competing when I was eight.”

In her ten-year career, Krinsky has won several prestigious awards, but she is most proud of two in particular.

Aside from her awards, Krinsky is delighted with reaching new heights in her riding career.

“[I am proud] of moving up to the three-foot,” Krinsky said. “I was in 2’6” and doing pretty well, and then I moved up to three-foot and it went very horribly, so I got a new horse [Quito] and got through my difficulties because of how good the new horse was.”

After quickly growing close to her horse Quito, Krinsky suffered great sorrow when he unexpectedly died of a heart attack.

“[I enjoyed] having Quito and actually having a connection with him, and being able to use the connection we had on the ground to help improve my actual riding,” Krinsky said.

In addition to the horses, Krinsky has formed strong bonds with other riders at her barn.

“I’ve made lots of friendships through [riding] that I wouldn’t have made otherwise,” Krinsky said.

Krinsky receives an endless amount of support from barn friends and one of her biggest fans, her mother Kirsten Krinsky.

“I look forward to her achieving her goals. She set goals when she was about eight to compete in Maclay, a high level equitation competition,” Kirsten Krinsky said. “I am thrilled to see that dream come true.”