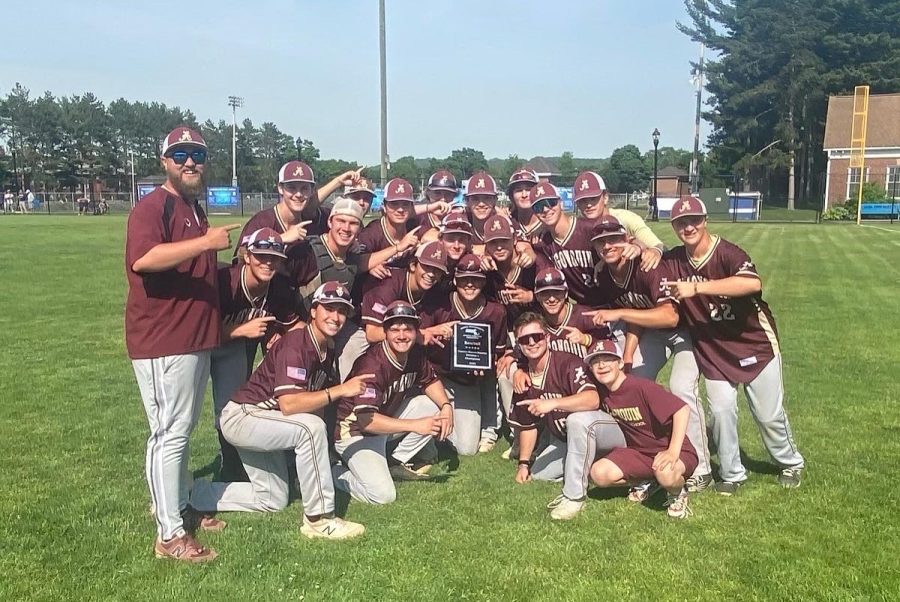 The baseball team won the CMASS tournament against Shrewsbury 4-0.

After a challenging season, the boys’ baseball team won the CMASS tournament against Shrewsbury 4-0, continuing into the postseason.

Their postseason was cut short by a 9-0 loss against Central Catholic High School in the round of 16.

According to assistant coach Jon Cahill, during the game the team had formulated what they hoped to be a game winning strategy. However, the team adapted to the strengths they saw demonstrated on the field.

“We had a game plan going into the game to help preserve our pitchers for the playoffs,” Cahill said via email. “But we threw that plan out the window when [senior] Connor Lee got going, pitching six shutout innings to get the win over the Colonials.”

Cahill said the seniors played a major role not only during the game but during the season as well. Cahill describes them as an uplifting spirit for the team, looking out for other teammates and offering words of encouragement.

“Our seniors were great all year,” Cahill said via email. “They never let the energy and winning mindset go away even when we had some rough outings.”

The underclassmen also played a major role during the championship game and the season as a whole.

“Some younger stars for us were [sophomore] Tighe Clark, who was our best hitter, and [junior] Jack Gamache, who played a great center field and was our leadoff hitter,” Cahill said via email. “Clark hit a shot for his first varsity homerun, which sent the dugout into a frenzy.”

The road to finals was tough for the team. They were considered the underdogs for the entire tournament. The team knew their opponents’ strategies which gave them an advantage going into the tournament.

“We had faced all of our tournament opponents during the season, and they had all beaten us once or twice,” Cahill said via email. “But we knew what to expect from each of them. We had to stay loose and not let the moment get too big.”

Cahill was excited to bring home the trophy from this year’s tournament.

“It was absolutely incredible, something I will always remember…the celebration with our team after the game was a blast,” Cahill said via email. “I am glad we got to bring back some hardware for the ARHS Athletics trophy case.”

Cahill believes winning the CMASS tournament was a highlight of this year’s season and that this year’s team was very special.

“They could have waved the white flag when the going got tough, but instead the tough got going as we finished the regular season on a high note,” Cahill said via email. “Winning the CMass Tournament was definitely a highlight of the season.”