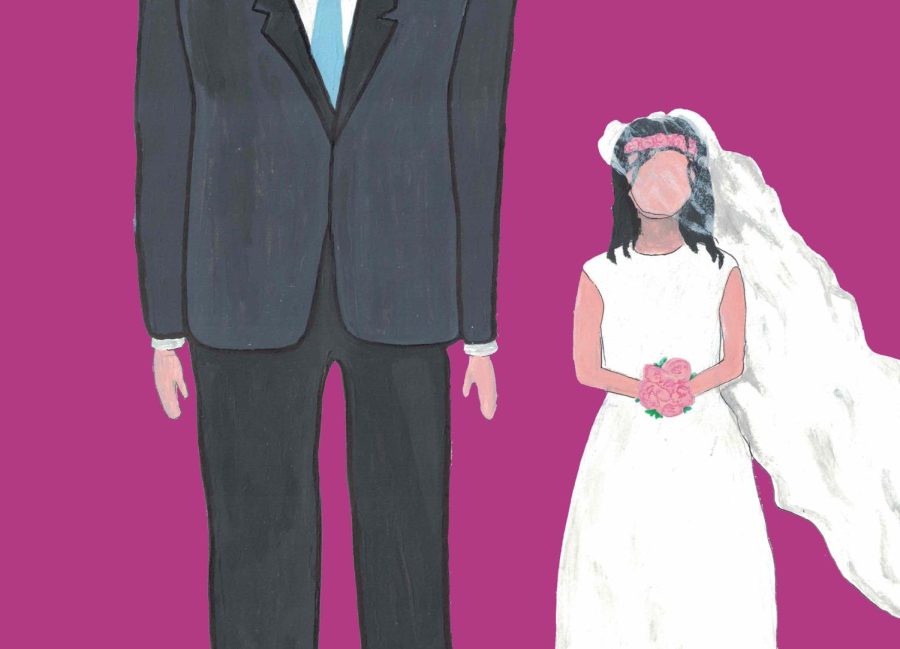 A quick Google search will tell you Snow White was only 14. Another will tell you Prince Florian was 31. He was a middle-aged man who courted a barely pubescent girl. Ew. Now, what’s more horrifying is that this is legally allowed in Massachusetts.

Currently, Massachusetts has no legal minimum for how young a child can be married as long as they have parental consent. With this in mind, any student at Algonquin can just be married off to the suitor their parents desire. There is currently a proposed bill that could eliminate this loophole. While it has been unanimously passed by the State Senate, it is still being deliberated by state legislators.

Child marriage is far more dangerous than what the cliché fairytales show. In Massachusetts, parents have the unlimited power to choose when their children are “ready” for marriage. They could look at their five-year-old if they wanted and just decide they must have an undying love for a thirty-year-old man. This opens up the door for various types of abuse and manipulation at the hands of their “partner.”

According to a Human Rights Watch article, girls are more likely to be subjected to child marriage than boys, and this increases risks to their health including STD transmission, depression, PTSD and later-in-life heart disease and/or obesity.

Considering the primary demographic of married children are girls, the risk of teenage pregnancy increases. Additionally, the risk for sexual violence is increased regardless of the victim’s sex.

A 7 News Boston investigation “found most couples are younger women, some as young as 14, married to older men, sometimes a decade or two older.”

Children married off have a new influx of responsibilities involved with being a mature partner. There is no way for them to be able to devote themselves to friends, education and simply enjoying their childhood. It’s unlikely they’d be able to maintain grades while maintaining a household. The neglect of their education limits their opportunities after school, including job options.

If a minor wants to escape an abusive marriage, they cannot legally file for divorce until they are 18. They also have extremely limited resources for shelters or safe houses for domestic violence, which could potentially trap them in a violent situation.

Beyond the obvious detriments to the children involved, Massachusetts officials should also be held accountable for their blatant allowance of pedophilia. Grown adults marrying children is far much more than a fairytale; it’s disgusting and puts everyone involved at risk.