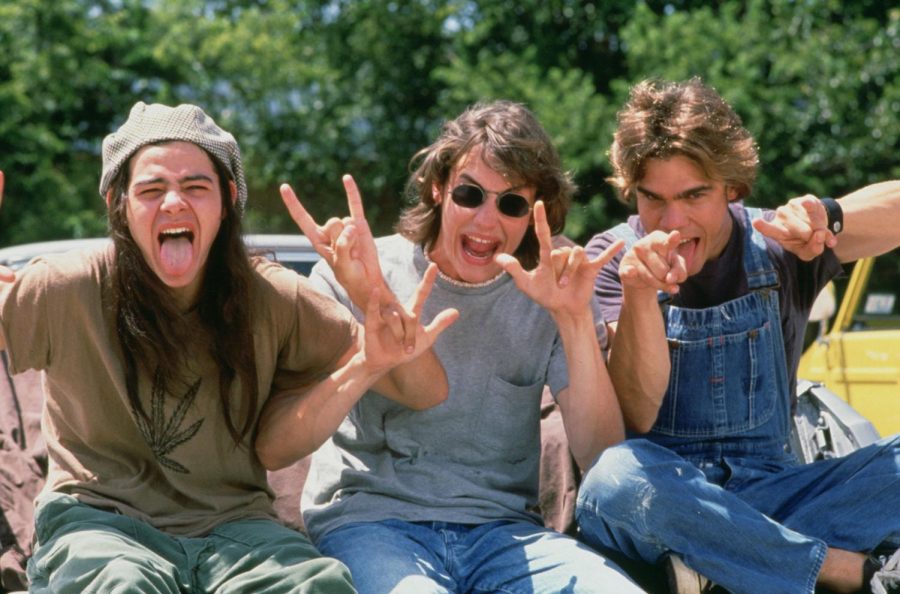 Staff Writer Sarah Boush writes that the film "Dazed and Confused" which the lives of kids living in the 70s' can be enjoyed by all ages from any generation.

If you are searching for a fascinating movie depiction of teenage life in the 70s, “Dazed and Confused” is a great pick for you.

Although it was made in the 90s, “Dazed and Confused” is set in 1976, following the lives of various high school students through their last day of the school year.

The movie touches upon the rebellious attitude and teenage angst that the students have. These kids value partying and drinking with their friends more than anything, and they lack respect for the adult figures in their lives.

For example, Randall ‘Pink’ Floyd (Jason London) is a character who displays these qualities. He is a star football player, but throughout the film he refuses to sign a contract for his coach agreeing to not engage in certain illegal activities.

Pink is praised by his friends for disrespecting his coach by telling him he will not sign it. In contrast to present day teens, Floyd impresses his peers by rebelling against authority. If someone were to talk to a coach the same way he did today, they most likely would not have the same support for the behavior, so I think that these rebellious moments emphasize differences in the time period.

When most people think of teenage movies of the 70s, they often think of films such as “Grease” with intense plots and the typical rising and falling actions. Often teenage movies are focused around ideas of self-discovery. On the contrary, “Dazed and Confused” is not central to any concept; it is simply a depiction of these kids’ lives.

“Dazed and Confused” has no real plot, but this is what makes this movie so unique compared to most teen films. Despite taking place on a ‘big’ day, the last day of school, the film is focused on the small, intimate scenes of the day—the fleeting moments that truly make up their lives. The viewers get to see many small conversations and interactions that  accurately portray teenage interaction. They demonstrate the values of these kids and their overall attitudes toward life.

As for the time period, many baby boomers who were in high school during the 70s claim that this is not how it was. Many reviews from people who lived this high school experience describe the movie as a romanticized version of the 70s. The movie definitely touches upon the idea of the ‘American dream,’ but the question at hand is whether or not it does it accurately.

The film absolutely portrays the youthful energy of any teenager, and the celebrations that occur on the last day of school support that. But the film does romanticize these kids’ lives in general, in these small moments of the day which are chosen to be seen.

I found this movie’s representation of the time period appealing for a few reasons, but most importantly, the lack of technology stood out to me. Seeing all of these private conversations happen in just one day made me realize that my generation communicates so much differently; you would never see as much eye contact as there was between the kids in this movie between a couple of Gen Z kids.

Additionally, the fashion sense of the 70s, especially as it is portrayed in this film, is making a huge comeback among our generation. While watching the movie, I realized that I see a lot of the outfits characters were wearing on my peers today.

“Dazed and Confused” can appeal to any generation and provides a distinctive and nostalgic take on the teenage worldview. Whether you think the portrayal of the 70s in “Dazed and Confused” is accurate or not, it is undeniably a unique experience for a viewer and a pleasant change from the typical ‘coming of age’ film.