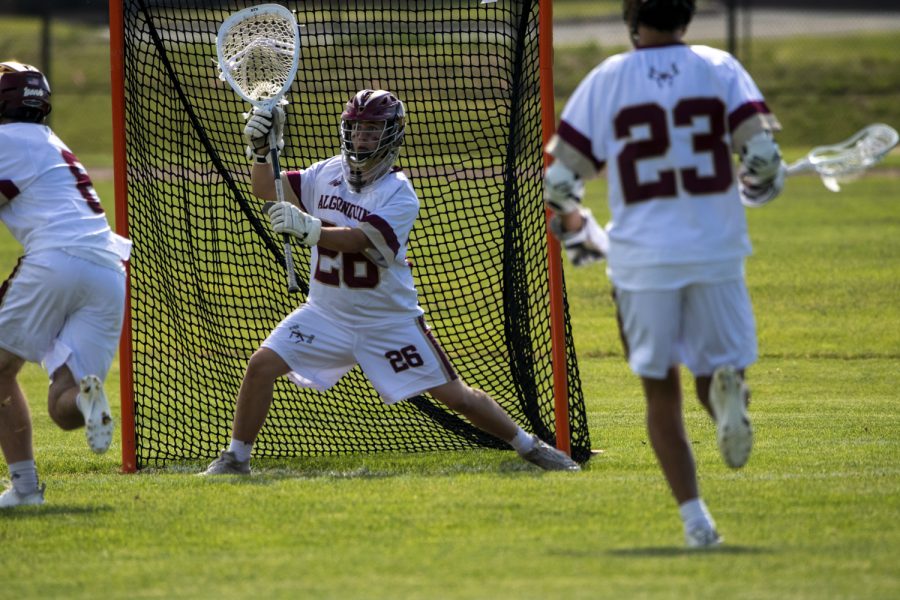 This season has been a strong one for the boys’ lacrosse team, who have ended with a record of 11-3.

Coach Matt Nofsinger has been coaching at Algonquin since 2016 and enjoys working with the athletes, helping them develop skills and constantly improve their game.

“I love the fact that you can take a new group of athletes every season and get them ready for competition,” Nofsinger said. “I think [boys’ lacrosse] is an elite group and a great program that’s highly respected throughout the state.”

The team has had many highlights throughout the season, making them one of the top teams in the district. All of it was a result of their hard work and dedication to the sport.

“The overtime wins are certainly some of the highlights,” Nofsinger said. “Just the fact that the boys have been able to come from behind and never give up and give their best effort until that final whistle, they’ve come up on top many of those times.”

Despite challenges due to COVID-19, the players have put in their full effort on the field.

“It’s been a very strong season despite all the challenges we’ve had the last 15 months,” Nofsinger said.

Throughout the season, there have been many recognizable star players, one of whom is senior captain Chris Carreras.

“Chris Carreras is definitely on the top,” Nofsinger said. “I’m nominating him for Player of the Year. He led the league in scoring. He had 42 goals and 26 assists for 68 points, so he’s been probably one of our biggest offensive stars.”

The rising senior and junior players also have a lot of potential for the upcoming season and Nofsinger is eager to work with them next year.

The team advanced onto the district championship, where they played Grafton on June 16. The last time the team made it to the championship was in 2012, so this was a big moment for them.

Nofsinger had confidence that the team was well-equipped to play skillfully and succeed in the match, which they did.

“We feel very prepared,” Nofsinger said. “We’ve seen Grafton twice, lost to them once and beat them the last time so we’re very capable of winning. I like our chances if we play well and execute.”

Although Grafton won the game 13-5, the Algonquin team has the state tournament to look forward to.

“Just preparing the local kids to play against some of the best teams in the state is exciting for everybody and that’s one of the best things about [coaching],” Nofsinger said.