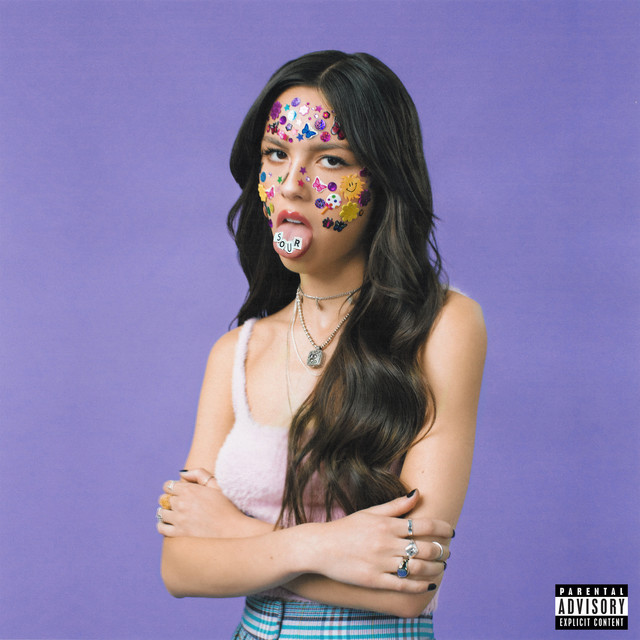 Staff Writer Sahana Sivarajan writes that Olivia Rodrigo's debut album 'Sour' is a must-hear for all teens as the they can relate to the emotion portrayed through the music.

“Sour” by Olivia Rodrigo, American actress, singer and songwriter, is a must-hear album for everyone, especially Gen-Z’s and people struggling through a breakup. Let’s review the 11 songs on the album.

Brutal – This song has relatable lyrics for many teenagers. It talks about the insecurity, anger and other emotions teenagers experience after a breakup. The song starts off with elegant music from a violin and then goes straight to rock and roll. Teens go through a rollercoaster of emotions while listening. For Rodrigo to clearly state the emotions that she is going through as a teenager is so awesome and might help closed-off teenagers open up.

Traitor – This song is very emotional and shows the first stage of a breakup: sadness. Rodrigo tells her story of a breakup through these deeply raw and emotional lyrics. Rodrigo’s storytelling is beautiful and honestly, she’s full of pure talent to pull this off: a deeply raw and emotional song just at the age of 17 (the age she wrote this song). The tone of the music is very somber as Olivia Rodrigo details the toxic part of a relationship and reflects all that the partner did wrong. The music is very flowery and smooth which adds to the somber vibe of this song.

Driver’s License – This song was one of the three songs that opened to the public before the album got released. It is emotional and raw as well: still in the sad stage of a breakup. It is deeply relatable to many and is heartbreaking to listen to. The tone of this song is multilayered as it is discusses sad emotions more towards the beginning of the song and then it talks about the feeling of being free towards the end of the piece. The harmony part at the end is very beautiful to listen to and adds a whole new level of emotion and depth to the song.

Deja Vu – This song is very relatable because it describes a time when a person thinks their partner is fully committed to only them and hasn’t done the same things with other people when, in fact, they have.

Good 4 U – This song shows the next phase of a breakup: anger. The background music is loud with thrumming drums and bass. It makes the song more angsty and ‘rebellious.’ Rodrigo flawlessly sings and portrays the angry phase of a breakup.

Enough for You – This song shows the following phase of a breakup: confusion. This is also a sad song and the guitar makes it more beautiful.  Rodrigo shows toxic relationships that teens even go through and how it’s difficult to fulfill other people’s expectations of your own self.

Happier – This song shows the next phase of a breakup: jealousy. Rodrigo speaks about her breakup and how she is feeling.

Jealousy, Jealousy – This song talks about the hardships of being a teenage girl in this era. Rodrigo talks about how hard it is to be herself and the many comparisons that she makes with other girls. Many teen girls can easily relate to this song because of the honesty and vulnerability that Rodrigo sings.

Favorite Crime – This song shows the next phase of a breakup: realization and a little bit of hate. Rodrigo, sings this song from the point of view of a person who comes to realize that their significant other treated them like an object. The harmony in this song makes it more earnest to listeners. It’s sad to hear what some teens go through in relationships and that only after the breakups happen, they realize how toxic their ex was.

Hope Ur Ok – Before you listen to this song, just know that it talks about abuse. It’s probably the most sincere song that Rodrigo wrote. Not only is it heavy, but it’s also hopeful. It’s really an anthem of hope geared towards the outcasts of society. Rodrigo talks about two children who have abusive families. Towards the end of the song, Rodrigo brings back the message of hope and acceptance, saying that “nothing’s forever.” This is the most emotional and sincere song in the album.

I believe that Rodrigo should win the Album of the Year for her album, “Sour.” Through her lyrics, Rodrigo goes through the emotions that she went through in her past breakup and the many different experiences of teenagers in this era. At just the age of 18, Rodrigo has successfully shaped the music industry and has developed a perfect sense of storytelling through music.