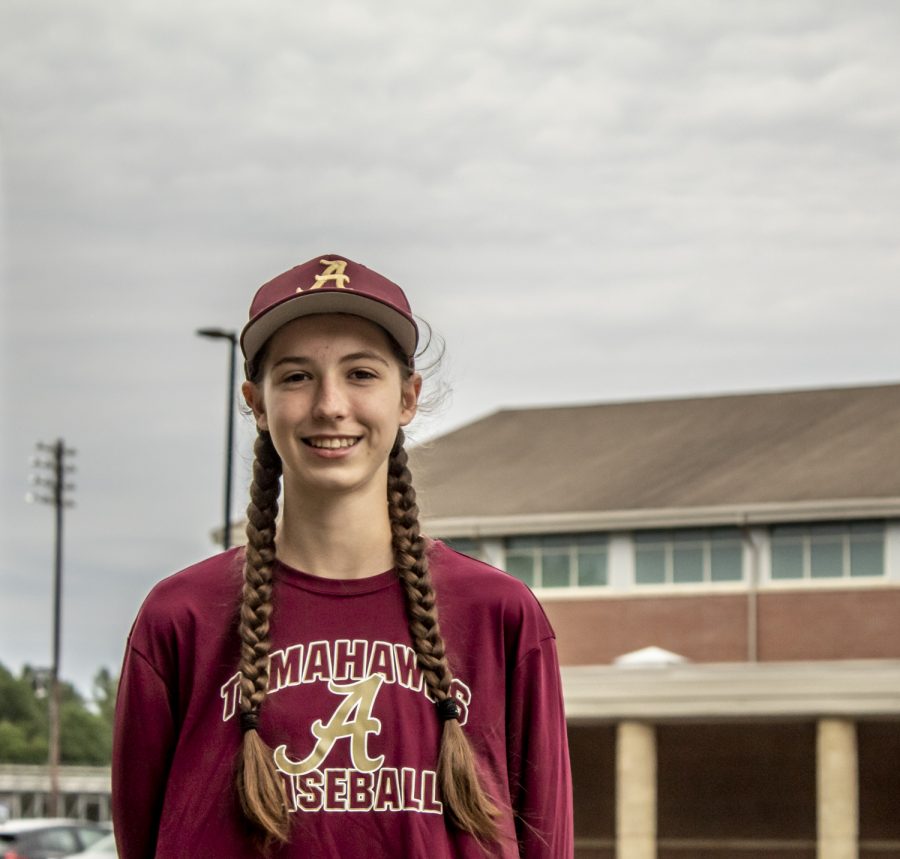 Ellie Westphal is the first girl on the Algonquin baseball team.

This season, sophomore Ellie Westphal is the first girl on the JV-1 baseball team, a traditionally male-dominated program since the beginning.

Westphal started playing tee-ball when she was five years old, but has been interested in baseball even before that.

“In my living room, my dad would throw a big beach ball at me, and I would hit it with a toy green plastic bat,” Westphal said. “That’s where it all started.”

Westphal decided to try out for the baseball team because she had been playing it her whole life and never got the chance to switch over to softball.

Although she was nervous the week leading up to tryouts, Westphal was excited when she found out she made the team.

“I felt really good [when I made the team],” Westphal said. “I’d been really nervous the week leading up to it, because I didn’t know what I was going to do if I didn’t make the team. It was kind of anticlimactic, though. The coach was kind of like, ‘Congrats, you all made it,’ and I was like ‘Oh, that’s a relief.’ When I got to start, I was excited, but also very nervous.”

The general reaction to Westphal’s position has been supportive, despite a few misinterpretations.

“Nobody’s been mean or weird about it,” Westphal said. “Sometimes people think I mean to say softball, and then I say ‘No, baseball,’ but everyone’s been really supportive and nice about it.”

Westphal isn’t sure if she will continue playing in college, but she hopes to get involved with the USA Baseball Women’s National team.

In addition, Westphal encourages her peers to go for what they want, even if that means being different from everyone else.

“Just go for it,” Westphal said. “Don’t worry about what anyone else thinks.”