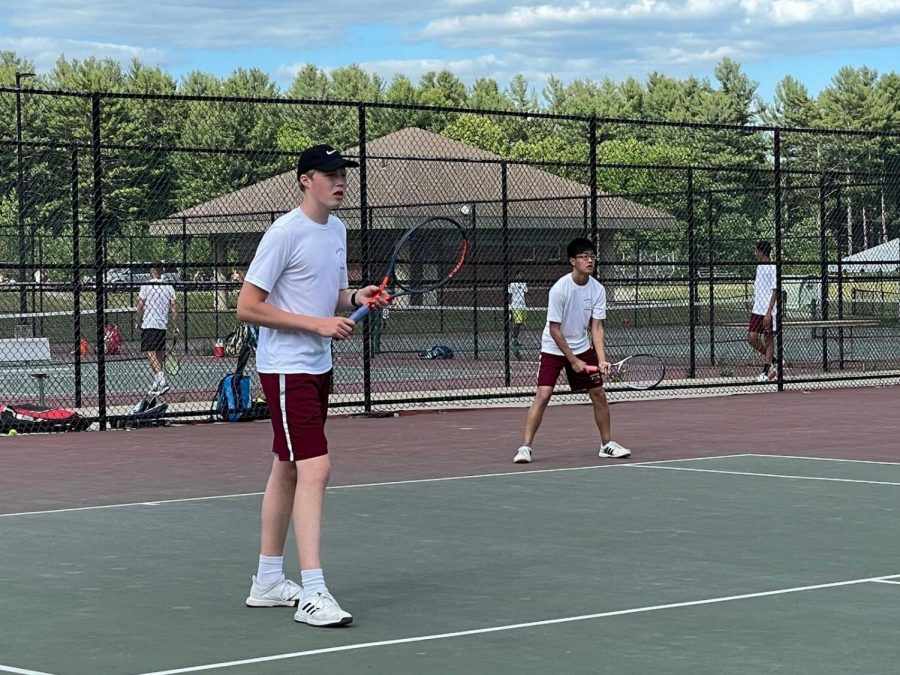 The boys’ tennis team has had a highly successful season with a 7-1 record and a 4-1 win against Groton-Dunstable on Monday, May 24.

“We hope to keep this streak up for the next three games, and our goal is to be Central Massachusetts champs,” senior captain Curran Moholkar said.

The team has been able to practice normally due to the recent mask-mandate lift for outdoor sports, and had also decided to focus on their doubles pairs this season.

“We’ve been really proud about how our doubles have progressed,” Moholkar said. “Our doubles pairs have built better chemistry to be more successful.”

After this match, the team has three more games until playoffs.

Top highlights from the game:

4. Senior Bharathan Sundar lost a well-played first singles match to one of the top players in the entire state.