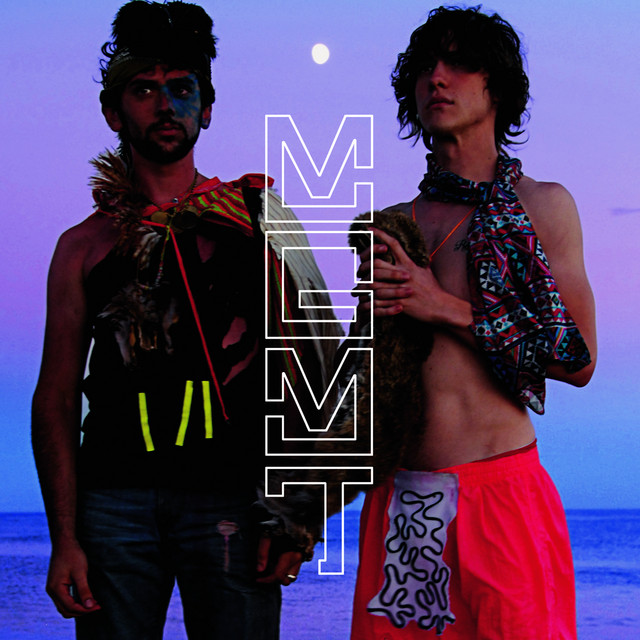 Staff writer John Dugan says that MGMT's 2007 hit "Kids" is a great song for teenagers this summer due to its nostalgic nature which reminds them of their simpler, childhood lives.

You and your friends are flying along a sunny beach with beautiful blue water stretching into the horizon, the windows down and the speakers cranked up all the way. What songs are you going to be listening to in this prime teenage summer moment? Having the right summer songs on your playlist is vital to keeping the good vibes rolling and staying forever young.

After much in-depth thinking, here are my top 10 teen summer songs for your playlists. The song selections were not based on genre, but more so for their lyrics and sounds that scream “teens!” and “summer!” at me when I hear them.

I think it would be hard to find a kid in our generation who hasn’t heard this heartfelt song delivered by Vance Joy’s soothing Australian voice. Off of Joy’s debut album “Dream Your Life Away,” this breakthrough song is about the fears that a younger Joy once felt and the “riptide” that overcomes him when he meets the girl of his dreams. The bright artist references the envy his friends feel for him after putting this girl on a pedestal, what he calls “the highest shelf,” and addresses the confusion he feels between being caught in love and having time for others. The beautiful combination of Joy’s ukulele and his wonderfully smooth voice make for a fantastic summer song for any teenager, as the nostalgia and positive feelings I get from hearing this childhood song make me want to dance the night away with some friends on the beach under the stars. It’s a truly brilliant song.

Anyone who knows me well is aware that no rapper has had more of an impact on me than Lil Peep. I started listening to him when I was about 13 going on 14 and was instantly engulfed by his music. This perfect teenage love song was written and recorded within 20 minutes in a bathroom, Peep’s lyrics directed at his then-girlfriend Emma Harris. The young artist addresses his girlfriend’s impatience with him and asks her to give him more time while he gets his life together, trying to prove that he still cares for her. Singing over an amazing beat with some peaceful guitar riffs over his voice, the rapper pours his emotions out for his lover in a seamless flow of poetry, providing some optimism at the end of the song with the line “Look at the sky tonight, all of the stars have a reason.” This was one of my most listened-to songs in high school and especially in the summer. Peep’s flow and lyrics are perfect for any teen lovers lying on the soft sand as they watch the stars above with waves crashing nearby.

Sung by my favorite female vocalist of all time, “Ribs” captures the beauty of adolescence and the reminders of good times as we grow up. Lorde herself had a fear of getting older when she wrote the song. The female star sings about a party that ends with wine spilled all over her as she sits alone. This is a reference to an actual party Lorde once threw when her parents weren’t home, but it also refers to the idea of  good times coming to an end as teens get older—the party being one’s adolescence and the party’s end being the transition into adulthood. The artist’s ability to pick the pace up and slow it back down between her verses and choruses makes for a joyous summer dance tune for teenagers looking to embrace their youth while they still have it, feeling free and uncertain as they are “reeling through the midnight streets.” What a tune.

Off of the great Kid Cudi’s debut album “Man on the Moon: End of the Day,” this song focuses on the struggles that Cudi faced following his dad’s death and the cons of being famous and attaining fortune. Despite the song being rather serious in its subject matter, the chorus swoops in with optimism, the lyrics and beat being more upbeat and focusing on Cudi’s pursuit of happiness. This was a monumental song for many young teens when it first came out and still is today, as it highlights the importance of seeking true happiness from within as opposed to the temporary pleasures of drug use, fame and fortune. This track is definitely one you need to play this summer with the speakers blaring in your car as you and your friends scream the chorus and lose yourselves in the beauty of Cudi’s voice.

Perhaps some of the most electric new artists of their time, MGMT provides listeners with a sense of nostalgia in the song “Kids,” bringing us back to simpler times when we were just innocent children. Off of the band’s debut album “Oracular Spectacular,” this heartfelt song warns of what comes with growing up and encourages listeners to not do anything in excess while also maintaining their inner kids, which many people struggle to keep. The lyrics brilliantly lay down the fact that our childhood days are full of glory and that we, as kids, must live to the fullest. When you’re sitting with your friends this summer around a bonfire, sharing memories and reflecting on what your childhood has been like, play this tune loud and clear to embrace the nostalgia and have a moment where you and your friends are living your best life as much as possible.

A track made during a turbulent period for the band, “Dreams” provides listeners with a lovely set of instrumentation and lyrics to dance their heart away to with their love interest. Written at a time when divorces amongst the bandmates were occurring, this song was sung by vocalist Stevie Nicks, a beautiful sunshine in the heat of a thunderous storm. Nicks had been bored in the studio one day and began messing around with a piano nearby, and later came back to the band to tell them that she had just made “the most amazing song.” The smooth drum beat provided by Mick Fleetwood, John McVie’s bass line and Lindsey Buckingham’s guitar, all sung over by Nicks’ dreamy voice, make this tune ideal for teens to sing along to as the bright sun sets on the ocean’s horizon on a warm summer evening.

One of my generation’s many anthems growing up, “We Are Young” focuses on the concept of having good friends by your side through the good and the bad. A breakthrough single off of the band’s second album “Some Nights,” this track has a chorus with the same lines as the song title, making teens like myself who grew up with this song smile and fill up with joy. In the end, this song is about being young and embracing that reality of youth while one still can, hence the title. This is a song for teens to sing this summer as a way to vocalize their youth and remind everyone, including themselves, that the good times are still rolling as they bathe in the summer heat.

Written and much appreciated by one of the greatest singer/songwriters of all time, John Lennon, “Across the Universe” references the many emotions that Lennon was experiencing at the time. While writing the tune, a brilliant Lennon was caught between different highs and lows, ranging from the joy he felt from his budding relationship with Yoko Ono to the pain he felt from the death of manager Brian Epstein. The repeated line in the chorus, “Nothing’s gonna change my world,” brings the song to its dreamy resting place in the end, displaying Lennon’s desire to keep living his life the way he has been and to not let any internal or external forces change that. The mystical acoustic sounds played over the singer’s soothing voice help to create a dynamic track that is perfect for teens in the summer who just want to sit under the night sky and think about life.

One of the most upbeat and exhilarating songs ever made by Miller, “The Spins” perfectly encapsulates the fast lifestyle and big dreams of any kid in high school, especially seniors leaving high school. Off of the talented rapper’s mixtape “K.I.D.S.,” the song features a young Miller speaking rapid fire into the microphone, showcasing his ability to speed songs up and slow them down with ease and precision. Right when you think Miller’s ability to spit words into the microphone with such clarity and declaration is enough, the beat and the chorus make this song shout “SUMMER!” for any teen looking to lose themselves in the music. This monumental song off of a monumental mixtape is one that you need to blare from your speakers on the 4th of July as you and your friends scream along on the beach to one of rap’s great teenage anthems.

Being my favorite song of all time by my favorite band of all time, “Comfortably Numb” off of “The Wall” absolutely deserves the number one spot on this list. Inspired by the time that lead singer and bassist Roger Waters was diagnosed with hepatitis prior to a concert in Philadelphia, the song focuses on a fictitious rock star, Pink, and his inability to feel any pain while in a drug induced sleep prior to having to perform a concert. Waters sings the lines of a doctor trying to aid a drugged up Pink, delivering a slow, rhythmic bassline that matches his subtle delivery of lyrics throughout the song. The band’s guitarist, David Gilmour, who is my favorite musician of all time, sings the lines of Pink, his smooth voice and clear delivery fitting perfectly with Waters’ terrific bass.

However, though Gilmour’s voice is otherworldly, it is with his guitar on this track that he speaks like no other musician has ever done before. Building up the song with his first solo, Gilmour lays down some less intense cords that are so perfectly placed and played, leaving the listener feeling elated already. Then, with his second solo, Gilmour throws down arguably the most intense, most electric guitar solo of all time, making his guitar scream and wail, bending strings and viciously deviating between cords with precision that has been matched by no other artist known to date. If this song doesn’t make you come close to crying the first time you hear it from how beautiful it is, then you didn’t play it loud enough. Seriously.

This summer, make sure to turn the speakers up all the way in the car and let Gilmour’s guitar solos shake you to your core, as this song is perfect for any summer setting in which you want to make everyone feel more alive and check their heart rates when it’s all said and done. An absolute masterpiece.