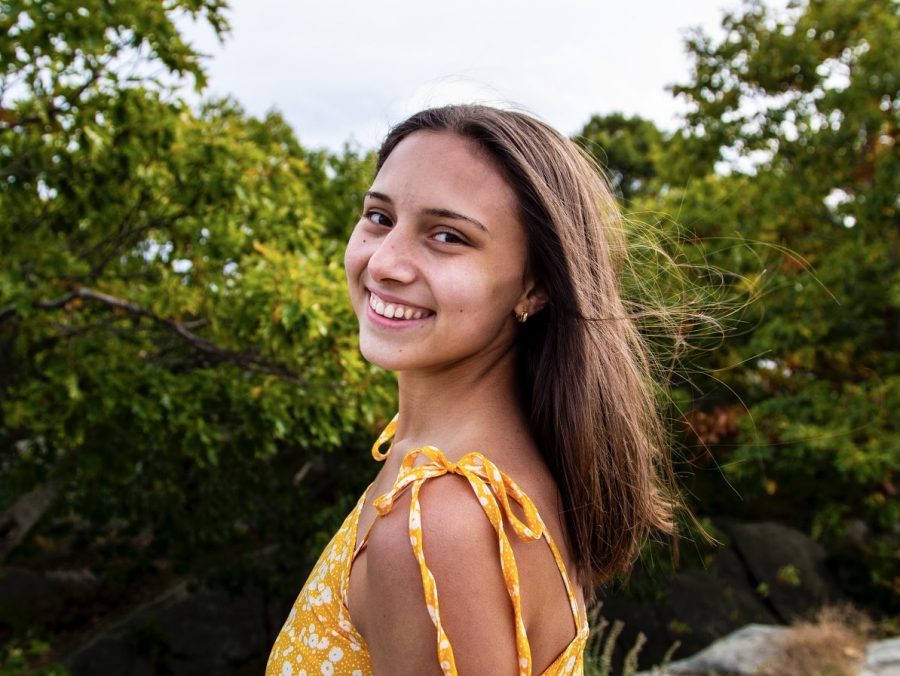 The story begins with an introverted anxious girl (Annabella Ferraiuolo) beginning high school. Her introvertedness lowers her grades in multiple classes for not “participating enough” despite her attentiveness, understanding of the material and preparedness for class.

Once she begins sophomore year, she cries at least once a week about not understanding geometry. Quite overdramatic if I do say so myself. She begins making meaningful relationships with friends, joins The Harbinger (the school’s newspaper), and becomes a little less introverted.

As junior year starts, she finds herself surrounded by friends. Here’s the most annoying part of the whole thing. Just as she begins to understand her passions and future goals, a global pandemic hits! So unrealistic! Anything could’ve happened at the climax that is way more believable! To occupy herself, she devotes herself to photography and video classes outside of school in which she falls in love with telling stories visually.

The pandemic builds her connection with dance, which is great to see. Especially since dance is so often kept out of mainstream television and movies. At the beginning of her senior year, she struggles to complete six film production portfolios for college applications. A huge part of that was her saying over and over again that she doesn’t know how to write an artist’s statement. It can’t be that difficult.

She starts writing movie and television reviews for The Harbinger and for classes. She seems to constantly compliment the cinematography. It was at this moment that I realized this girl is a little odd. What 17-18 year-old is just casually watching movies thinking, “Wow! Great cinematography!”

She gets rejected or waitlisted from 5/12 of the colleges she applies to. I mean, what was she thinking? They had less than 7% acceptance rates for film. She eventually chooses a college which she cries about because she couldn’t visit the campus since her school of choice is in California and there’s a pandemic.

The worst part is it comes to a close with her writing a senior reflection for The Harbinger in the form of a movie review?! So odd, it could’ve ended on a high note at the very least.

My biggest take away from the movie is that people can change and the future is full of growth, the unknown and hope. While the message was delivered in a depressing manner, it had great cinematography. So if you’re into cinematography I would recommend it, otherwise please avoid at all costs.