Cancel culture: So toxic it should be cancelled 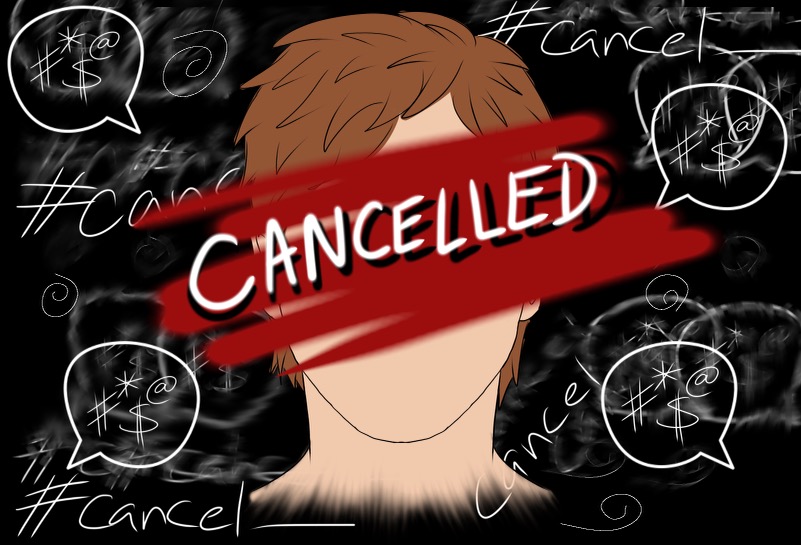 Staff Writer Jeffrey Dratch argues that while calling people out for their mistakes is necessary, cancel culture is counterproductive and removes room for growth.

We all know how hurtful cancel culture, by nature, can be, but this toxic trend is unnecessary. Not only is it counterproductive, but cancel culture ends people’s careers overnight, and participants such as teenagers are able to move on without repercussion.

According to the New York Post, cancel culture is “the phenomenon of promoting the ‘canceling’ of people, brands and even shows and movies due to what some consider to be offensive or problematic remarks or ideologies.” The word promoting plays a huge role in the hate since teenagers spread the word on social media that someone’s career should be ended.

It is perfectly acceptable to not support someone because of their viewpoints, but cancel culture doesn’t give room for the influencer to learn or explain themselves from their perspective. Not following or subscribing to someone is your choice, but someone’s career shouldn’t be ended overnight because of one thing they said or did without them being able to share their point of view.

There is a big difference between canceling someone and deciding not to support them. Deciding not to support someone is just a few clicks away. Canceling involves thousands, even millions of people spreading hate and negativity towards an influencer in a matter of hours, fueled by a lack of evidence given by other influencers and people seeing it as trendy, before thinking if it is a good idea or not.

When you decide to cancel someone, we all know how it goes. In the case of TikToker and YouTuber James Charles, he was called out for deceiving people and being a toxic friend in a 2019 YouTube video made by his former friend Tati Westbrook. In a matter of hours after the video was uploaded by Westbrook, Twitter was a hotspot of teenagers spreading hate towards Charles from accusations without evidence. Just a few days later, after losing 2.6 million followers and getting a torrent of hate, Charles posted a video titled “No More Lies” to provide proof to back his point of view. This legendary incident of cancel culture was referred to as a “dramageddon” because of all the disagreements happening.

While cancel culture mainly occurs with influencers, it is certainly not limited to them. One celebrity whose career was almost entirely ended at one point is daytime talk show personality, Ellen DeGeneres. She and her executive coworkers at Warner Bros Media received a lot of backlash during the summer of 2020 about the way DeGeneres treats her employees and guests. Not only did all of this hate from viewers affect DeGeneres’s own mental health, but it also affected her fans. One of my favorite things to do if I was stressed out or needed a little pick me up was to watch the Ellen DeGeneres Show after school, as it was quite stress-free and made me laugh. Now, I am left with the decision to watch her show or not, as I am afraid to receive backlash from friends about watching someone who has been said to treat employees and guests poorly even though she contributes a lot of joy to the world.

This dilemma is something people face every day, whether we should support the controversial public figure we believe in, or go along with other peers and decide to pretend they don’t exist. Disagreements between friends about something as simple as deciding to support someone contributes, in their own way, to the overall divide in the country, and are just another reason why not to participate in cancel culture.

Moving forward, it is important to find a balance between not supporting or agreeing with something a person has done, and canceling them. We need to continue calling people out for their wrongdoings in order for society to improve, but we shouldn’t end someone’s career just because they made mistakes.