Will Brady cement himself as the GOAT? 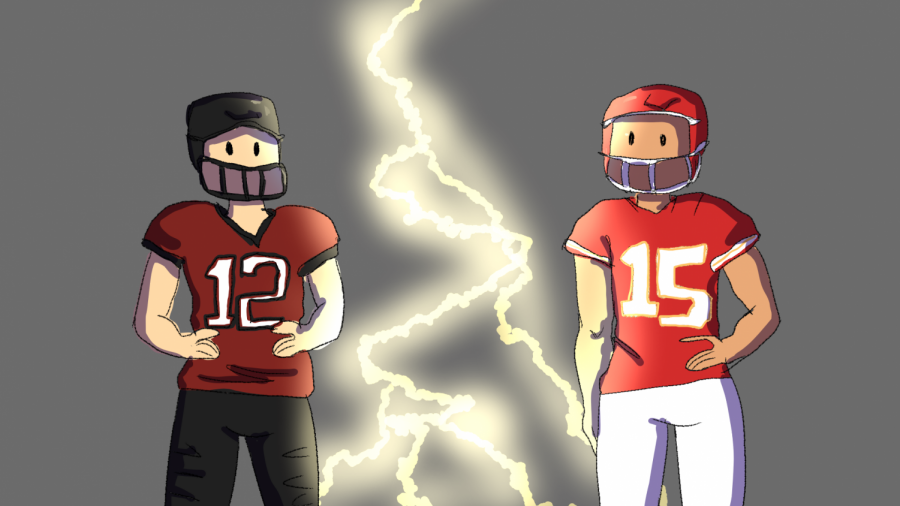 While 2020 was an unprecedented year for the NFL, the upcoming Super Bowl matchup is as exciting as any before it.

For New England Patriots fans, it is tough to watch their team fail to reach the playoffs after decades of success. However, many could argue that seeing Tom Brady and Rob Gronkowski make the Super Bowl once again is the next best thing. The duo does not have an easy road ahead though, as they will face off against the defending champions, the Kansas City Chiefs.

The Kansas City Chiefs present a high powered offense led by Patrick Mahomes, and a defense that is middle of the pack, but still able to get the job done. Making the Super Bowl two years in a row is extremely impressive for an organization in the NFL, but the Chiefs making back to back runs was not a surprise to many who follow the sport. The Chiefs’ offense in the past few years has been stellar with the 2018 MVP Patrick Mahomes under center. Mahomes is just getting his career started with the Chiefs, with big accomplishments under his belt such as league MVP, Super Bowl Champion and Super Bowl MVP all under his rookie contract. Mahomes signed a 10 year $450 million contract with the Chiefs before the year started, and is now looking to take home his second Super Bowl ring.

Mahomes is surrounded by a phenomenal group of players, with Tyreek Hill, arguably one of the best receivers in the league, and Travis Kelce, who is viewed as the best current tight end in the NFL. The Chiefs finished this year with the best record in the league (14-2), and have handled their two opponents in the playoffs taking down the (13-3) Buffalo Bills with a final score of 38-34 and the (11-5) Cleveland Browns 22-17. Under veteran head coach Andy Reid, they have a chance of possibly becoming the next NFL super team with back-to-back Super Bowl wins.

However, the Chiefs are up against the biggest roadblock in sports history. That roadblock’s name is Tom Brady. Brady has led the (11-5) Tampa Bay Buccaneers to the Super Bowl after two decades playing under Bill Belichick with the New England Patriots. After yet another impressive season, Brady will be entering his 10th Super Bowl appearance of his career. Brady has won six out of nine of his showings so far, and is looking to get his seventh ring. He has already surpassed the NFL record as the quarterback with the most Super Bowl championships, passing Bart Starr who won a total of five rings throughout his career.

Brady has led teams to Super Bowls his entire career, and to many (including me) is the undisputed greatest of all time. Anybody who watches the NFL knows there is no player more dangerous in the playoffs than Brady. He has surpassed all expectations and then some, and continues to add onto his seemingly endless resume in the sport.

Brady goes out this year with a group of very talented players, including receivers Mike Evans, Chris Godwin and Antonio Brown who have all proven themselves to be stellar offensive weapons. Along with the wide receivers, he has future Hall of Fame tight end Rob Gronkowski who has been a bit inconsistent this year as a receiver but has been a crucial part of the blocking game.

Along with the receiving threats, the Buccaneers have a solid running back in Ronald Jones II who nearly cracked 1,000 rushing yards on the season, plus a top tier defense. While Brady may have not finished the season with his most impressive record, he is surrounded by arguably one of the best offenses he has ever had. One could argue that the team had the potential to finish the season with a few more wins, but it took a bit of time for Brady to transition to his new offense without a proper offseason. That transition seems to have happened though, and the Buccaneers are coming into the Super Bowl on a hot streak defeating The Washington Football Team, the New Orleans Saints and the Green Bay Packers in the playoffs to secure their spot in the Super Bowl.

On paper, the Chiefs are the better football team and defeated the Buccaneers in the regular season 27-24. However, the Buccaneers have won seven straight games since the loss and are making history hosting the Super Bowl in their home stadium for the first time in NFL history. Both teams have looked phenomenal in the postseason, and it is a terrific matchup.

I believe Brady will take home his seventh Super Bowl ring to Tampa Bay this year. Brady has proved doubters wrong year after year, and I think that this year will be no different as the Buccaneers enter the Super Bowl as underdogs.

Brady’s experience on the big stage will prove to be too much for the Mahomes and the Chiefs. I predict the Bucs will win in a close game 34-31, and Brady will win his fifth Super Bowl MVP award, perhaps making us Pats fans cry a few tears of sadness and pride.
Our Editors’ Picks

Assistant Online Editor Andrew Roberts:
Chiefs, 34, Buccaneers, 33
Expect a close, high scoring game in which both quarterbacks, Patrick Mahomes and Tom Brady, live up to the hype and make it one of the best Super Bowl quarterback matchups we’ve seen.  Look for Brady to utilize his deep supporting cast, including wide receivers Mike Evans and Antonio Brown and a familiar face in tight end Rob Gronkowski.  Mahomes doesn’t have as many elite options around him, but just the combo of speedy wide receiver Tyreek Hill and star tight end Travis Kelce make the Chiefs offense extremely difficult to stop, even for a strong Buccaneers defense.  This could go either way, but I expect Mahomes, Hill and Kelce to lead the Chiefs to a last minute win and their second straight Super bowl ring.

Assistant Sports Editor Erik Lin:
Chiefs 35, Buccaneers 27
While he is the “greatest of all time,” I expect Tom Brady to have a slow start in the first quarter, which will have a direct impact on the Buccaneers offense, especially his wide receiver core of Mike Evans, Chris Godwin and more. In the second quarter, he will start picking up the pace, throwing touchdowns, making plays like vintage Tom Brady. I expect Patrick Mahomes and the Kansas City Chiefs to be ready to go from the very beginning, outplaying the Buccaneers defense and scoring several times. In the second half, the Buccaneers will be ready to compete, and it will be a more even game between the two sides. However, with a scoring advantage in the first half, the Chiefs will come out on top as Super Bowl champions. As we have seen from previous Super Bowls, never count Brady out, no matter how bad he’s down. However, I believe that the Chiefs will be strong enough to hold off the Buccaneers.

Editor-in-Chief Karthik Yalala:
Buccaneers 31, Chiefs 27
A Super Bowl matchup that NFL fans dreamed of watching at the beginning of the season is coming to a reality. The greatest quarterback of all time, Tom Brady, versus the upcoming superstar quarterback, Patrick Mahomes. Each quarterback is surrounded by an assortment of playmakers that could shift the narrative of the game at any moment. But don’t let these flashy offenses distract you from the excellent defenses both teams have built. I expect a high scoring first half, but then a defensive, low scoring second half. Ultimately, the Buccaneers ability to effectively run the ball will give them a lead early in the fourth quarter, and their defense will do just enough to stop the Chiefs offense from scoring another touchdown late in the game.