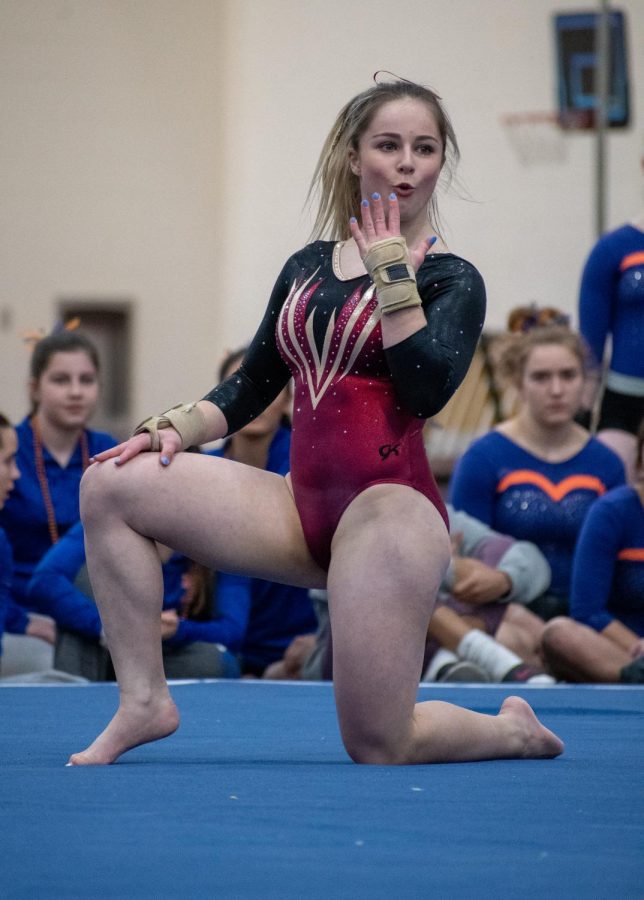 Whether it’s on floor, bar, beam or the vault, sophomore gymnast Lizzy Debroczy never fails to put the audience in awe. Debroczy has helped her team achieve victory for the past two seasons and hopes to continue the success in upcoming years.

Starting off in recreational gymnastics at the young age of two, Debroczy eventually began competing at age six. This year Debroczy led the Algonquin gymnastics team to a second-place finish at States.

Though she enjoys both, Debroczy prefers the high school gymnastics team because of the focus on the team as a whole. Debroczy also says that the club team is a lot to keep up with.

“The club team is much more self-centered and you compete mostly just for yourself,” Debroczy said. “The high school you compete as a team and you only want to do well for the team and everyone’s cheering and much more enthusiastic”

Competing at such a high level also brings many challenges that a competitive gymnast like Debroczy has to overcome.

“I wanted to quit when I was in seventh grade when I broke my arm, back and foot,” Debroczy said. “My coaches at the time really pushed me not to quit because they told me I had too much potential to do that.”

Since her freshman year, Debroczy has helped to carry the Algonquin gymnastics team to success. In early March, Debroczy placed first as an individual in the team state all-around for the second year in a row and second in the state individuals meet.

Sophomore Livy Lipman  says that Debroczy always cheers on anyone who is competing, and she is also a great help to people who are new to the team and sport.

“Lizzy is a very supportive teammate and is always hyping us up,” Lipman said. “She is always offering to help whenever someone needs anything.”

Debroczy also loves getting support from her teammates.

“My favorite thing about gymnastics is competing on the floor and having the entire team cheer me on,” Debroczy said. “The team is always so supportive of me no matter what.”