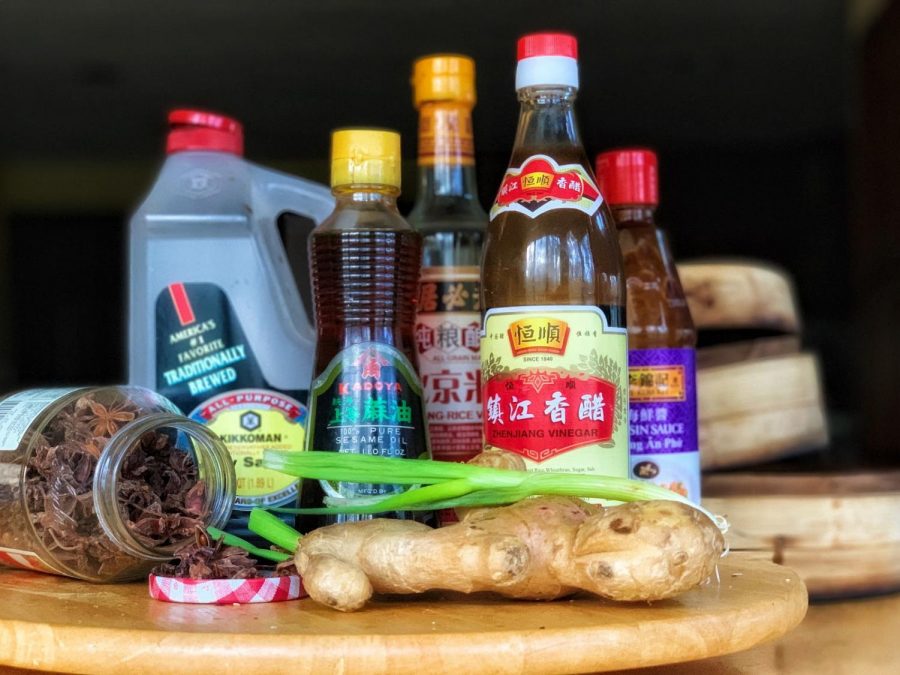 You can’t make Chinese food without a few key ingredients. You’ve probably heard of some of them and can buy most of them at your local supermarket. If not, check out a nearby Asian market, such as Asian Supermarket in Worcester (50 Mill St, Worcester, MA 01603).

Rice vinegar is an ingredient that you definitely should stock up on. There are many varieties of rice vinegar ranging from clear to dark brown depending on the rice it’s made from, but the most common is Chinkiang, or Zhenjiang, black vinegar. Unfortunately, you may not be able to find it in your local supermarket, but it is easy to find rice vinegar in an Asian supermarket. Zhenjiang vinegar is a dark brown liquid and is less acidic than most Western kinds of vinegar. Its mild acidity brings a fresh tanginess to dishes. For example, many people dip bao (steamed buns with a meat/vegetable filling) or dumplings in it, but it is also used in soups, noodles and stir-fries, or uncooked as a marinade or dressing.

Most people have heard of soy sauce, and for good reason. A staple in Chinese cooking, soy sauce is salty and brings an umami flavor to every dish. I grew up with Kikkoman Soy Sauce, but Lee Kum Kee Soy Sauce is also a good brand. You can find it in the Asian section of your local supermarket.

Sesame oil has a deep nutty flavor and can be used in both savory and sweet dishes. You can use it for stir-fries, noodles and for drizzling on salads. If you mix it with soy sauce and garlic, you have a great dipping sauce. I recommend buying Kadoya sesame oil, which you can find in the Asian section of most supermarkets.

Lee Kum Sheung, the founder of the condiments brand Lee Kum Kee, invented oyster sauce, a sweet yet salty, dark brown sauce with an umami undertone and a thick consistency. It’s a mixture of caramelized oyster juices, salt, sugar and sometimes soy sauce that is thickened with cornstarch. It can be used in stir-fries, on noodles and with meat. If you don’t have it, you can substitute hoisin sauce for it.

Ginger has a strong spicy flavor and is used as a flavor enhancer in many different dishes, sweet and savory alike. It can be used in soups, stir-fries and when cooking various meats. Another use for ginger is in teas, such as brown sugar ginger tea. When buying ginger for Chinese food, look for whole roots in the produce section, not the ground-up type.

Scallions are in everything, from scallion pancakes to fried rice to dumplings. They are similar to chives and leeks but have a sweeter, milder flavor than most onions. Scallions can easily be substituted with chives or spring onions if you don’t have them.

Used with chili peppers in spicy dishes for a numbing, mouth-tingle effect (mala), it’s a key ingredient in all Sichuan dishes. My family comes from northern China, specifically Shandong and Beijing, so my parents don’t typically use it; however, I would still recommend it if you want to make spicy food.

Star anise is a small star-shaped fruit with one seed in each arm. It is similar to anise seed and is used unripe as a spice in Chinese cooking. Star anise has an aromatic licorice taste.

It is a key ingredient in Chinese five-spice powder, along with cloves, fennel, Sichuan peppercorn and cinnamon, which can be used in marinades or stews. When cooking with both star anise and five-spice powder, be careful not to use too much, as it has a strong flavor.