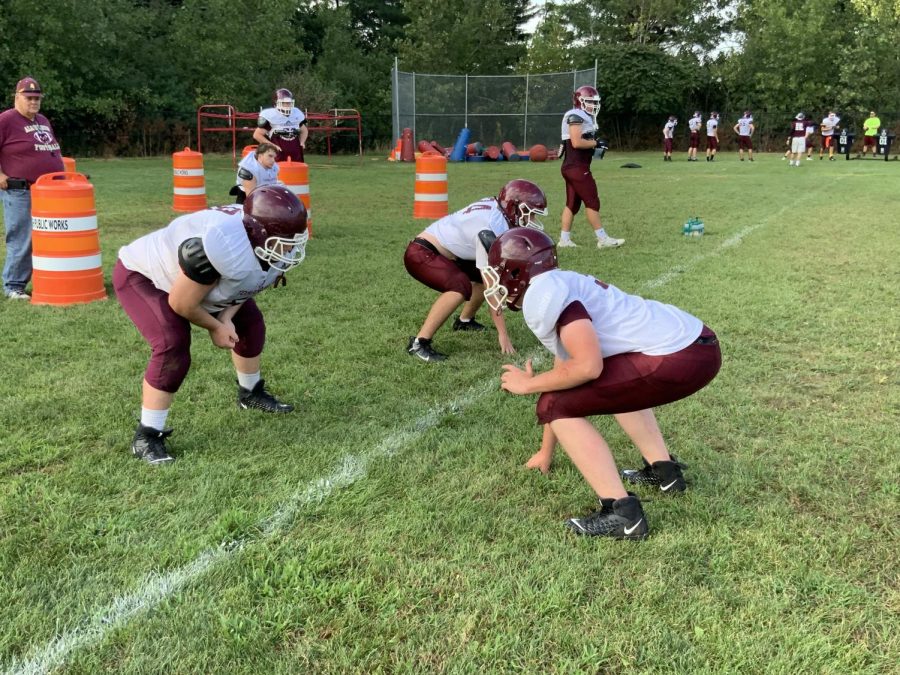 A still from sophomore Andrew Roberts's upcoming video series "Gonk Knocks" which will focus on the football team. The series will be premiering as a part of a fundraiser Roberts is putting on for the Doug Flutie Jr Foundation for Autism.

Gonk Knocks Football Night, a charity event organized by sophomore Andrew Roberts to raise money for Algonquin Football Boosters and the Doug Flutie Jr. Foundation for Autism, will take place at the Apex Center in Marlborough on Monday, Nov. 25 from 6:30 p.m. to 10 p.m.

This charity event features “Gonk Knocks,” a series of videos created by Roberts focusing on how the Algonquin football team trains during their preseason. In the videos, each around 15 minutes long, he interviews the team on their drills and techniques and provides commentary for the audience.

“I want the team to see themselves on the screen and spread publicity about these players and potentially draw attention from college scouts,” Roberts said. “At the same time, I hope as an aspiring sports reporter this gives me a chance to showcase my work and continue to spread the word about what I’m doing”

The charity to which Roberts will donate has a special meaning to him as well.

“I was diagnosed with autism at the age of two,” Roberts said. “However, I have made a lot of progress since then. Now the Flutie Foundation for autism is supporting my career directly. I am a Flutie fellow, which means I make videos for them and cover their events. They are also helping mentor me and give me tools for my career. Here I am, just looking to give back to a foundation that has done a lot for me.”

Roberts hopes to make around $20,000 from this event and has gone to great lengths to promote it. Gonk Knocks Football Night will feature both emcees Mark Riley of 98.5 the Sports Hub and Steve Burton of WBZ.

Gonk Knocks Football Night will also have raffles for an additional cost with prizes from a variety of different places. Some of the raffles include a party and free breakout games at Apex, lift tickets at Waterville Valley, a three-month free membership to Westborough Tennis and Swim, and signed memorabilia of Doug Flutie.

Roberts is hopeful for the future of his Gonk Knocks series.

“I am hoping we can continue with Gonk Knocks in the future for football as well as other sports,” Roberts said. “I would like to host more events such as these that raise awareness to the athletes in these sports.”