REVIEW: ‘The Girl with Seven Names’ tells a story that is stranger than fiction 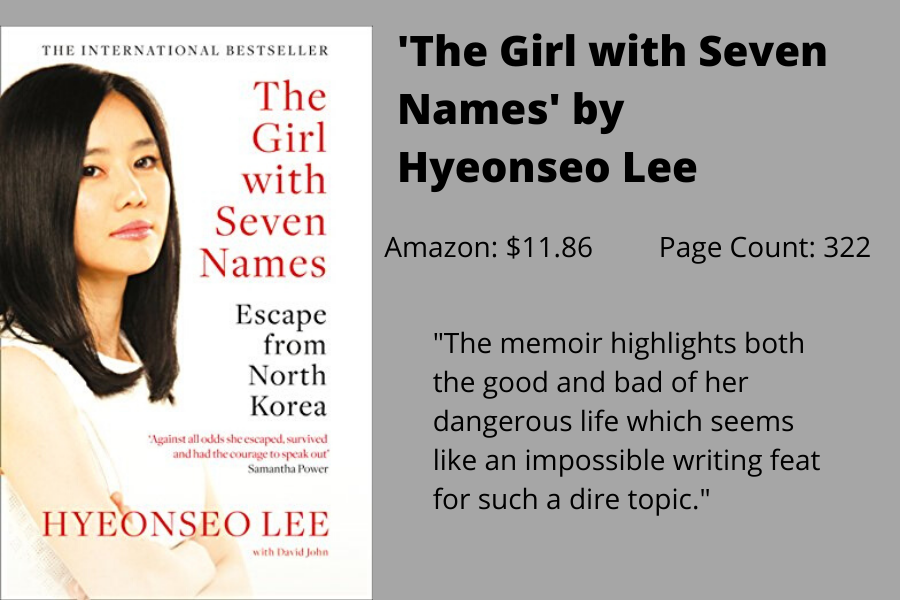 Staff Writer Abby Araujo writes that "The Girl with Seven Names" by Hyeonseo Lee tells a harrowing story that only few have survived.

Young adulthood is a time for people to explore and enjoy life before they’re bogged down by responsibility. For Hyeonsee Lee, this wasn’t the case. In “The Girl with Seven Names,” Lee runs from her home while hiding in plain sight from the Chinese police who were looking to send her to her death.

Lee skillfully tells the story of her life in North Korea in the 1990s and how she accidentally escaped the harsh regime she called home. She navigated life as an illegal refugee in China for ten harrowing years, risking deportation while trying to devise a plan to reach asylum in South Korea.

Lee’s story is one that few have survived to tell, and her perseverance is reflected throughout the book. Growing up she always had to be serious, which is reflected in her writing, but this book is not depressing. The memoir highlights both the good and bad of her dangerous life which seems like an impossible writing feat for such a dire topic. It is written chronologically and almost seems like a work of fiction, except it was the harsh reality of Lee’s world.

Hyeonseo Lee brings to light the difficulties of North Korean life and is an inspiring story about internal strength. Overall, this is a powerful read that I believe would be universally enjoyed.