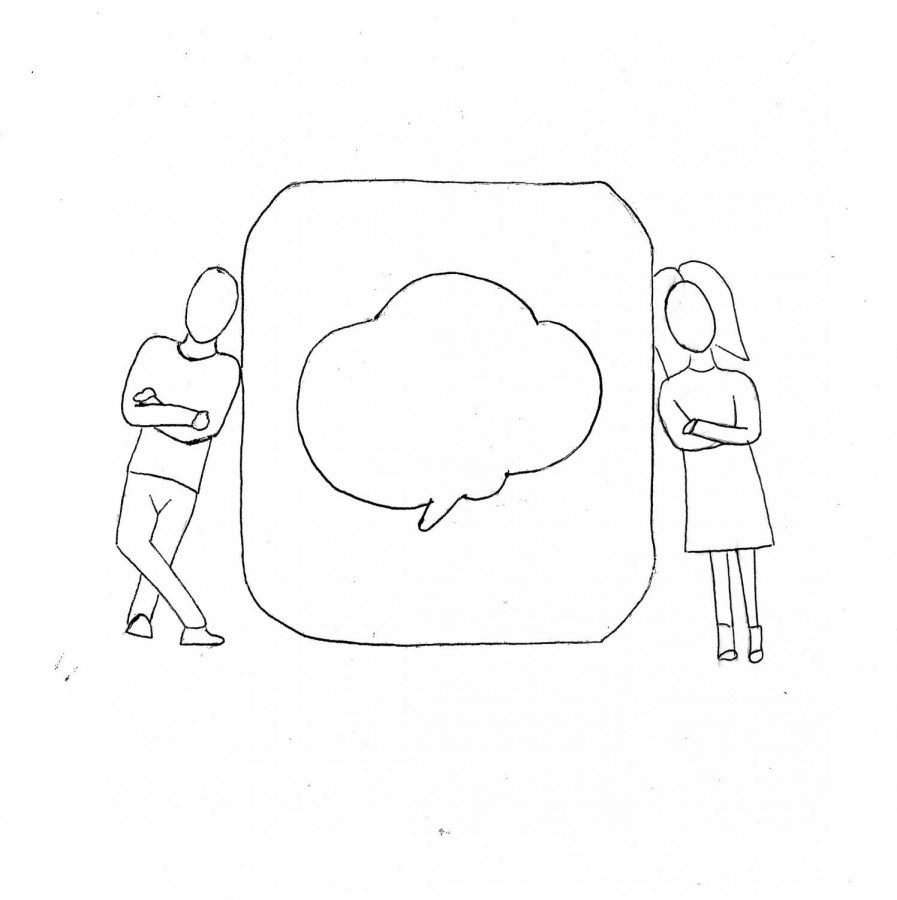 Personally, I have texted only two teachers, both of whom are advisers for clubs where I have a role that requires constant communication between us. This was the best way to communicate for a variety of reasons. Instead of saying the mundane ‘k’ to indicate I received the message I could just like it (thanks to the power of iPhones).  Also, instead of going into the Remind app and searching their names to text them, I could just type their contact into my phone. And by far the most annoying thing about Remind is sending a picture. It’s a major hassle to send any Remind group or contact a picture, but when texting this was an absolute breeze.

There was no word limit when texting, whereas Remind has a 140 character limit for the free plan. I never got the text about it being outside of their office hours, the typical response after any 7 p.m. or weekend text (even though the teacher would typically still respond and send texts on their own).

Not only has it become more of a hassle to text teachers, but student-teacher bonds are loosening because of these new rules. In the past, I would text a teacher that I was particularly close with for advice on other aspects of my life (namely boys), which the administration could deem inappropriate, but I found a nice way to get wise advice from an adult that wasn’t my parents. Now, I feel as if I can’t do that because I know the school can easily find the conversation if they want.

Obviously, the school needs a way to make sure student-teacher relationships don’t go too far, but at the same time teachers are professionals that work with kids. They would likely report a student to the proper authorities if something amiss happened, and students are the same way. If a teacher is acting weird to them via text, they will report it. While Remind gives the administration the best access, texting still gives physical evidence.

Yes, Remind makes sense and texting between students and teachers should be limited, but there are cases where it is necessary. For club officers and advisers, it’s essential to have communication that does not glitch. For the teacher who knows that students struggle in their class, it’s a nice way to offer out of school help.

At the end of the day, email doesn’t cut it, they can easily get lost in the barrage of spam we get, but neither does Remind. It is too much of a hassle to use and slows down what should be an easier task in our busy days.  Some students have even reported having glitches with the Remind app. Administrators need to have trust that students and faculty, who already have a close, appropriate relationship, will report an inappropriate conversation if it happens over text, so Remind is not necessary for them to access the countless conversations going on between the community; conversations that we don’t even know are being checked. In both Remind and a typical text message, there is evidence that a conversation happened, so why does it need to be somewhere an administrator can see?