Junior takes a year away to travel the world 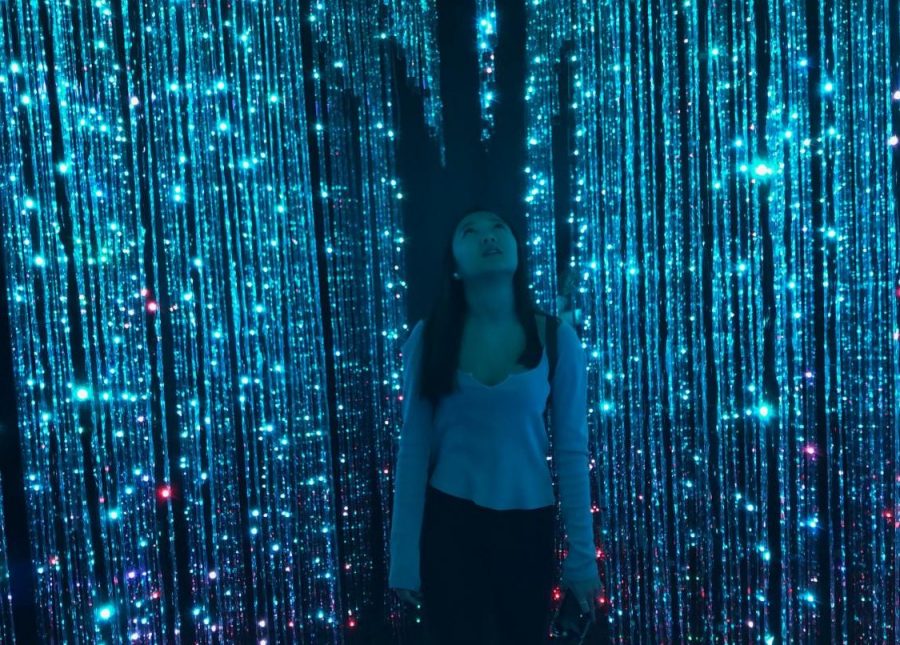 Junior Chloe Truong in an interactive art museum in San Francisco, California. Troung did her sophomore year online in order to travel the world with her dad.

Junior Chloe Truong took time off from school last year to experience many new aspects of the world involving similarities between countries while traveling the last school year.

Truong traveled to places such as Vietnam, France, England and across the United States because of her father’s work with the Asian American Real Estate Association.

“It was cool that I got to experience different things than the kids at Algonquin typically get to do,” Truong said. “I got to spend time with working professionals which was interesting.”

Truong observed the beauty of the countries around her while also learning from those experiences.

“Socially, I would say that it made me realize that people everywhere have really similar personality traits,” Truong said. “When I was in Vietnam, even though I didn’t speak Vietnamese, we went to an orphanage, and the people’s mannerisms and the way they act was very similar to the way that we act.

Truong attended an online school for the year, so she’d be able to travel.

“The good part about that was the academics were not as challenging as they are at Algonquin since it was online, but doing the actual work was a lot harder,” Truong said.

Truong said that jumping back into life at Algonquin was  hard to adjust to.

“[It was] definitely stressful and hectic,” Truong said. “…The hardest thing is managing my work because I can’t put it all off until the end anymore; I have to do it as my teachers assign it, which is really different from an online school.”

“I think it’s a wonderful and valuable experience; especially if the student can keep up with the curriculum I think it’s great,” Mackey said.

“[I think] seeing different parts of the world can put things into perspectives for kids.” Mackey said.

Correction: This piece originally ran with Truong’s last name spelled incorrectly. It has since been fixed