REVIEW: “I am Malala” teaches about women in Pakistan, inspires readers 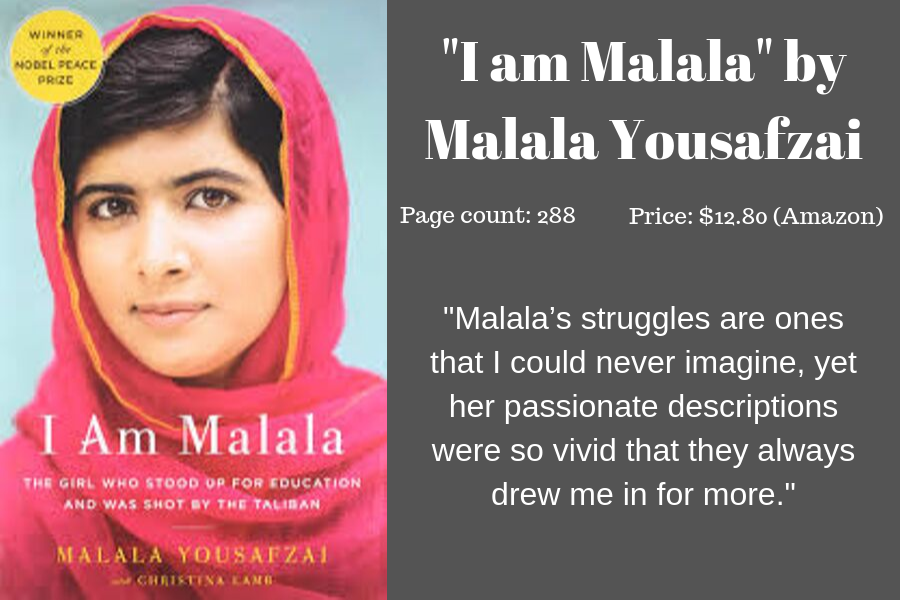 Staff writer Emma Moore writes that "I am Malala," a memoir by Malala Yousafzai taught her about the struggles of women in Pakistan as well as inspired her to learn more.

How would you feel if all that you had was all taken away from you? “I am Malala” is the inspiring memoir by Malala Yousafzai, from the Swat Valley in Pakistan, who fought against the Taliban with her intelligence and strength, to get back the life she once had.

As a young teenager, Malala and her family lived a happy life. Her dad owned a school that both she and her friends attended, but once the Taliban took over, everyone’s freedom was compromised. This included taking away education from girls of all ages. Malala began to protest with help from her dad and spoke about why education was so important to the young girls of Pakistan. One day when Malala was going to school, the Taliban did something unexpected, they shot her and two of her classmates, changing her life forever.

It took her a long time to finally recover, but once she did, she became a force to be reckoned with. Getting shot in the head did not stop Malala from speaking out, instead, it caused her to fight harder for her cause.

Malala was only 16 when she wrote her book, but it shows maturity through her ability to thoughtfully articulate complex topics such as the shifting of power figures in her country.

Malala’s struggles are ones that I could never imagine, yet her passionate descriptions were so vivid that they always drew me in for more and helped me better understand the complexities of life, especially for young women, in Pakistan.

Reading the inspiring story of how far Malala went to stand up for her beliefs is a perfect example of how we must do the same to continue to live in the world that we do.