REVIEW: Hilarious look inside the life of a terrible man in ‘I Hope They Serve Beer in Hell’ 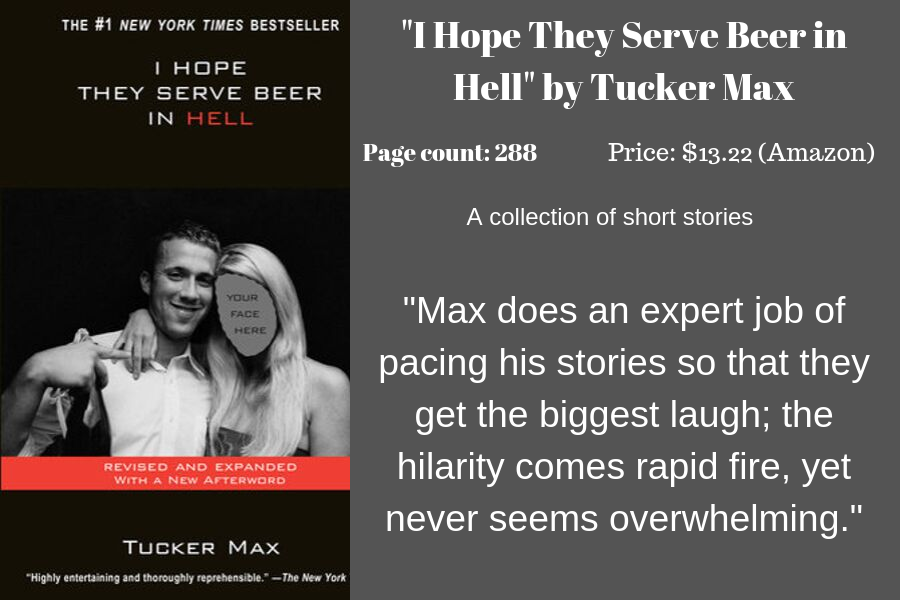 Tucker Max is a terrible person whose actions range from questionable to downright devoid of morals, and he knows that. However, in Max’s book “I Hope They Serve Beer In Hell,” he does an excellent job of making the reader laugh at his antics that would normally just result in abject horror.

Max, who is in his mid to late 20s, spends his time at clubs and parties around the country, getting drunker than any human has the right to, getting into trouble and hooking up with women. Tucker usually has a group of friends with him that find themselves wrapped up in, or occasionally the cause of, his oft chaotic adventures.

The book is presented as a series of short stories, often under ten pages each, which allows the book to be consumed in small, enjoyable chunks. Max does an expert job of pacing his stories so that they get the biggest laugh; the hilarity comes rapid fire, yet never seems overwhelming. Max often describes people by insulting them based on their worst qualities in entertaining, though sometimes unoriginal and offensive ways.

This book is a hilarious look inside the life of a terrible person and is worth a read, though it should be noted that women are definitely not the target demographic. So, if you’re a fan of stories about terrible people doing terrible things being told in hilarious ways, such as “It’s Always Sunny in Philadelphia,” this book is for you.