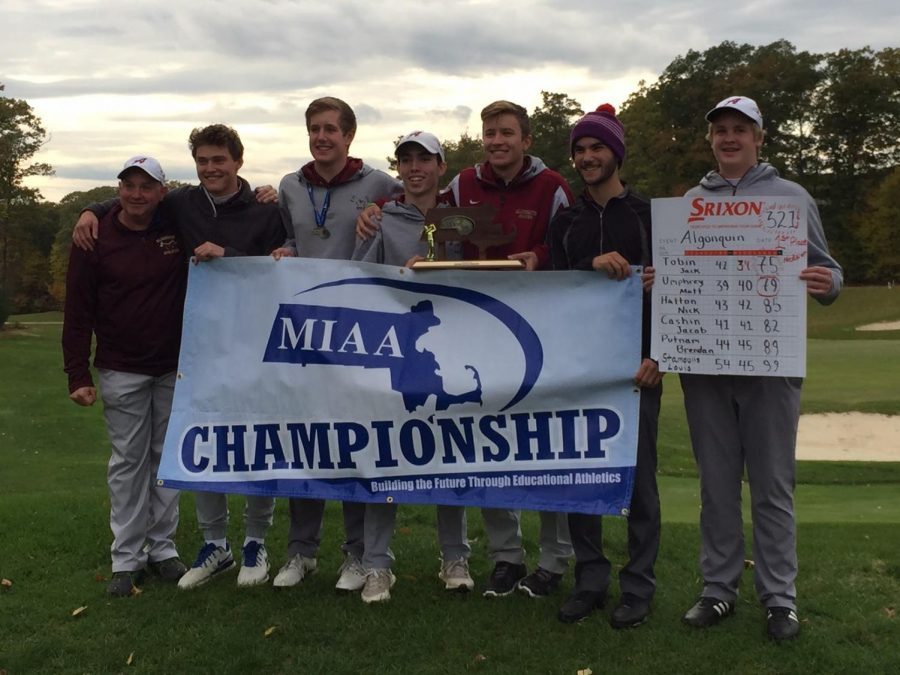 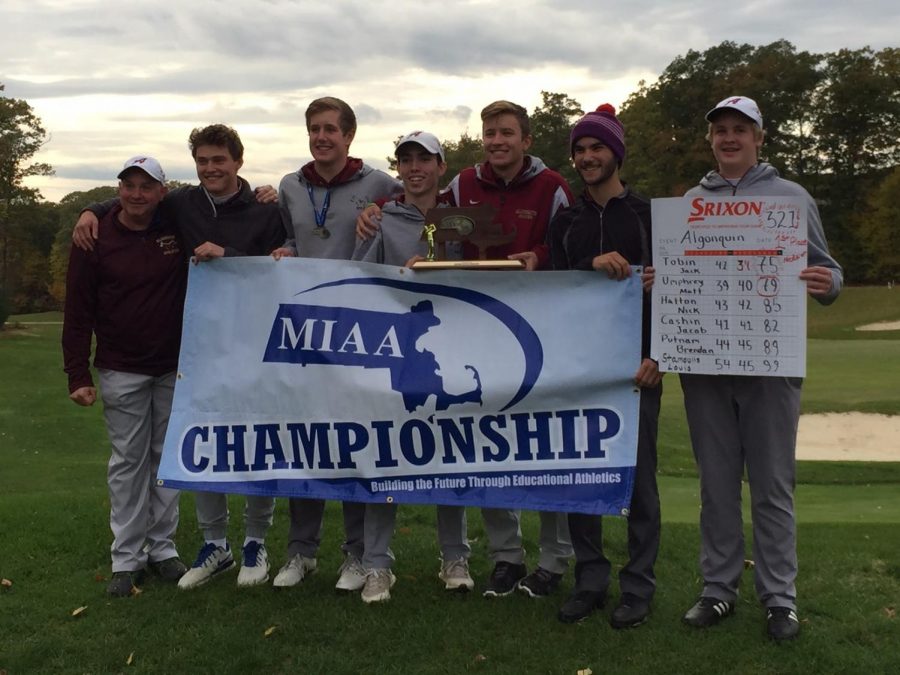 The boys’ golf team won both the League and District Championships, with five out of the top six spots of the League Championship dominated by Algonquin players.

Algonquin finished with a score of 321, beating out second place Westborough by nine strokes.

“I was more proud of this team than I’ve ever been,” senior captain Nick Hatton said. “The way we came out and played as a team against some of the best teams in Central Mass was unbelievable.”