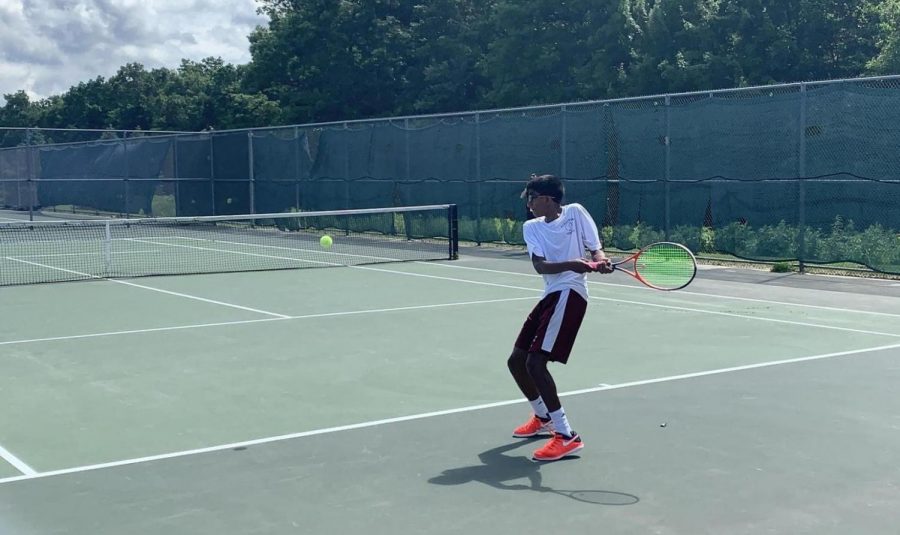 After an outstanding season with a 19-3 record, boys’ tennis fell short to the Brookline Warriors with a 0-5 loss at the state finals at Shrewsbury High School on Wednesday, June 19.

The Warriors’ season was undefeated, and the state final was the second time they swept the Tomahawks. According to sophomore Curran Moholkar, the Tomahawks were upset about the loss, but they knew who they were up against.

“I was just a little bit nervous going in, but we knew we were playing a good team,” Moholkar said. “We knew what Brookline was capable of, and we just wanted to have some fun. Our coach [science teacher Gerald Cushing] told us to play loose. He also told us that getting this far was a huge accomplishment, so we’re proud to have the season we had and we couldn’t have had it any other way.”

Senior captain Christain Jorgensen had the first singles match. He won the first set 6-2, but lost the others, 6-4 and 10-7. Jorgensen lost to Brookline’s Noah Schwartz.

“We were already down 4-0 before I got off so I didn’t really feel bad about losing my own match,” Jorgensen said. “The rest of the team and I were just happy we got this far, and I was happy I went out with a bang because the guy I played beat me 6-0, 6-1 earlier in the season.”

“It’s more nerve wracking for me in doubles because I usually play singles,” Moholkar said. “But whatever my coach wanted me to do, I was going to do my best at and put it all out there.”

Sophomore Bharathan Sundar faced Brookline’s Jayonth Davaiah in third singles. He lost the first set 6-1, but took a 4-2 lead in the second set. However, Davaiah ended up winning the set 6-4.

Although the team lost, they were proud of their accomplishments this season and hard work in this match.

“I’m really happy we made it this far,” Jorgensen said.  “Brookline is a really good team, so they definitely earned it. I’m also happy that Brookline had to earn their win yesterday, and we didn’t give them any free points. I’m really proud of our guys because we pushed ourselves really hard this season.”