OPINION: Why I cheer 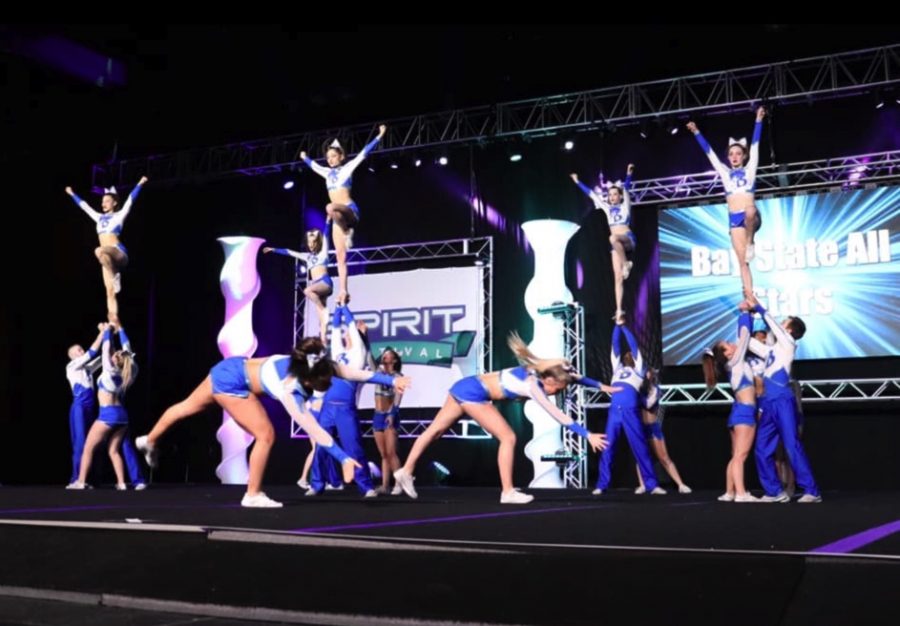 Cheerleading is a mental game and confidence is everything. My coaches say the phrase “fake it until you make it” so often that it is imprinted in my mind. That phrase has not only helped me in cheerleading, but in life. I do not always feel confident, but by remaining positive through the tough days and not giving into negativity, my mental strength has grown tremendously.

Regardless of how I feel and what is going on in my life, by putting on a tough face and having a positive attitude, there is no mountain I cannot climb. A common mental mountain in cheerleading is called a “mind block.” A mind block is when an athlete is unable to complete any tumbling skills they previously were performing consistently. It can be caused by a traumatizing fall while performing a skill or can even happen out of nowhere. Almost every cheerleader has experienced one; it’s incredibly rare to have never blocked.

During the middle of my freshman year, I was at practice warming up my tumbling. I went to do a backflip and midair stopped flipping. I fell on my back and couldn’t breathe. It was petrifying. I stood up and immediately began to cry in my coach’s arms.

In that moment, I thought there was no way I could do the skill again. I was shocked, scared and felt broken down. It took me three weeks of tears and effort before I finally overcame the block in my mind and threw the skill again. However, it was not consistent.

I lost physical strength by being afraid to tumble and ended up having to build it all back before I was able to consistently throw the skill again. It took about four months total. Overcoming this block made me into an incredible athlete.

By working hard and pushing through the fear, no matter how long it took, I know I gained mental toughness. By pushing through backbreaking practices, and challenging days with a positive mentality, I have grown into an incredibly tough person because of cheerleading.

Cheerleading requires an incredible amount of physical strength, and I didn’t realize it until recently. Just like all athletes, my cheer team conditions regularly, and we have a training season that is strictly running and strength. It is vital that I am strong for the season, so I am able to lift up my flyer with relative ease for three hours at a time. 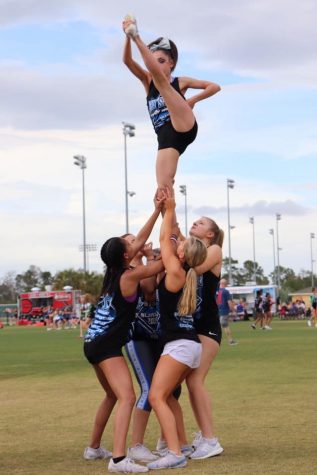 Courtesy Kari Farmer Staff writer Abby Keene and her stunt group practice a transition move prior to their performance at the Summit International Cheer Competition in Orlando, Florida.

What I didn’t realize is how much strength tumbling requires. I’ve been tumbling since I was 2 years old. I have never taken a break longer than a week. Tumbling had always come easy to me, but after suffering a mental block, I lost physical strength.

I could not perform my skills at the level that I was used to because I wasn’t strong enough. I put so much effort into coming to the gym and building up my body, and eventually I became stronger. With strength came skills. Cheerleading has taught me that physical strength is so much more important than I thought it was, and I plan to continue my workout habits throughout my entire life.

Cheerleading is unique in the sense that nobody is turned away. We have tryouts, but it is simply a placement process. Everybody makes a team. We need girls of every size and shape on our teams to create stunting groups. The inclusion of every body type is such a good lesson for every cheerleader. Every single girl is taught to be confident in their own skin and to show off their body confidently. 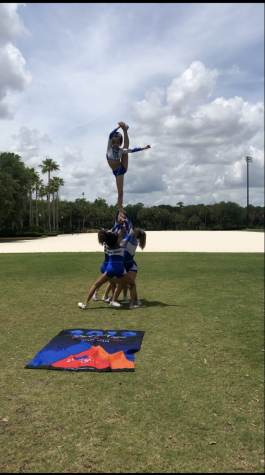 At the end of this season, we received new practice wear as a team. The practice wear included an exposed midriff, which was very controversial. Our coach called us over and had a conversation with us about it. She explained that no matter what you look like, you are beautiful and there is no reason to not feel confident in this uniform.

We were told to wear it proud because size does not define a woman; she defines herself. Accepting everyone for who they are is a huge mission of All Star cheerleading in general. There is a huge percentage of athletes and coaches that belong to the LGBTQ community. Through cheerleading, younger generations are exposed to acceptance, and it’s amazing.

I am proud to say that cheerleading recognizes transgender athletes as their preferred gender, allowing and encouraging transgender girls to compete on all girl teams. Cheerleading promotes experimenting and finding yourself in a loving accepting environment, while celebrating individuals for who they are.

The bond between my coaches, teammates and I is indescribable. Bay State is home to me and every single cheerleader is my family. We spend so much time together that is gets to the point where I have 20 brothers and sisters next to me every single year.

Traveling from state to state together and spending at least eight hours a week at the gym  makes us closer than imaginable. I know I can talk to each and every one of my teammates about anything going on in my life. 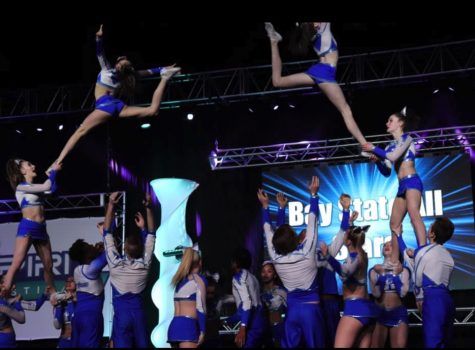 Courtesy Kari Farmer Staff writer Abby Keene and her team completing a pyramid stunt at the Spirit Fest National Championship in Hartford, Connecticut where they won.

My coaches have seen my best days, my worst days and some in the middle. They are nothing but caring and supportive. They care so i much about every athlete, and there is nothing I’ve thrown at them that has made them leave my side.

I have walked into the gym the past three years in all different moods, yet the coaches remind me who I am and why I should be proud of being myself. They are by far the most loving people I have ever had the pleasure of spending my time with. The best part is that they will be in my life forever, regardless of where life takes each of us.

When the season is over and new teams are formed, the bond isn’t broken. I still spend time outside of cheer with my teammates from my first year of All Star. The connection made is everlasting, and for that I am eternally grateful.