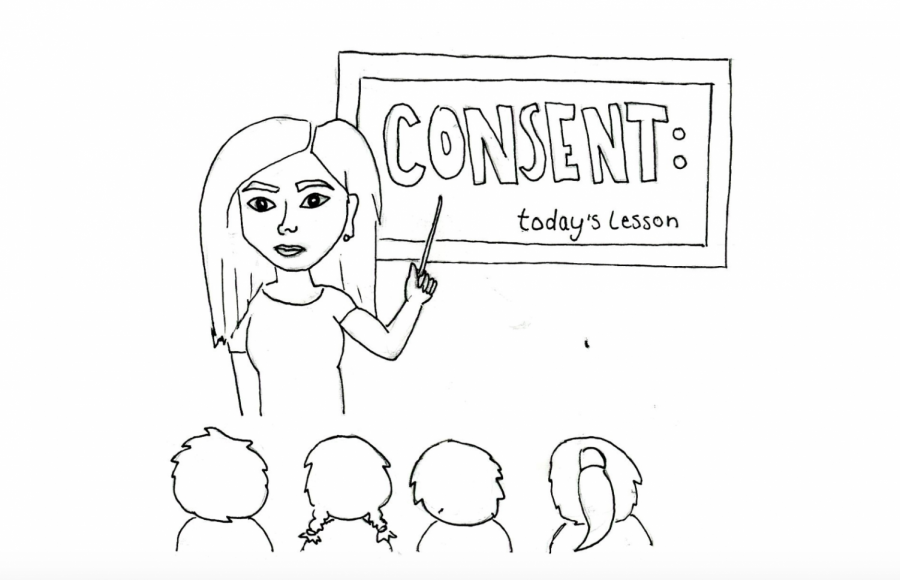 Online Editor Natalie Sadek argues that consent should be taught in the health and fitness curriculum.

Brock Turner. Harvey Weinstein. Bill Cosby. All of these names are but a small piece of a defining social issue of our time. Sexual assault is undoubtedly a problem in our society, and health classes have the power to make a difference in educating students. However, current state standards in Massachusetts seem to fall short.

Currently, the Department of Elementary and Secondary Education (DESE) has formed a committee to renew the health curriculum standards for the state of Massachusetts. As the committee is forming these new standards, I implore them to understand the importance of educating our generation about health and safety issues that matter, including sexual assault.

According to the current standards set in 1999 by the DESE, consent is never required to be explicitly taught to students during high school. Rather, students are taught “the importance of communication and setting limits in a sexual relationship.”

However, in a time where sexual assault is an issue both in the larger world and at Algonquin, one must ask: Is this enough? According to a Harbinger survey of 236 students conducted from February 1 to February 27 through Google Forms, 15 percent of Algonquin students have been sexually assaulted.

The state’s vague, outdated standards disregard a reality in our society where victims feel alone in their communities and are unsure of how to deal with their trauma, and therefore they must be updated. The education system has the power to give a voice to victims by removing the taboo associated with talking about sexual assault.

As a socially progressive state, Massachusetts has the power to ignite change throughout the country by updating health education standards to cover sexual assault and consent in depth. Not doing so would be a great disservice to not only those in the state of Massachusetts, but also to those in areas where such change is far down the line.

The education system has proven to have the power to change our society for the better. For example, a mental health unit is explicitly outlined in the 1999 health curriculum.

In recent years there has been a deeper, more compassionate understanding of mental illness, and instead of being viewed as a institutionalizing handicap, most understand it to be a shameless illness.

This increasing acceptance is further evident in the constant conversations revolving mental illness. People are willing to understand and talk about mental illness, and receiving treatment is no longer something to be ashamed of, but rather it is encouraged.

We should be teaching adolescents about what consent is, the repercussions of committing sexual assault, what to do if you have been assaulted, support groups for victims, different stories of real life victims and how students can make a difference.

Even though consent is taught in sophomore Health and Fitness at Algonquin, because of the complexity of the topic, I find myself questioning much of my knowledge on how to approach such situations. I deeply hope the new health standards outline specifics on this issue so students all over the state are able to answer the questions I have without hesitation.

There is no reason why our society should not be taking a stance on educating future generations on sexual assault in order to prevent it from happening. Sexual assault may unfortunately always be a problem, but educating adolescents on its causes and importance in depth is the first step in combating this monumental issue.

Victims of sexual assault, both male and female, are left alone in times when they need help most. Education systems across the country have the power to help. It is time for Massachusetts to stand up and be a leader in our nation’s combat against this complex issue, or else society itself will remain the victim.