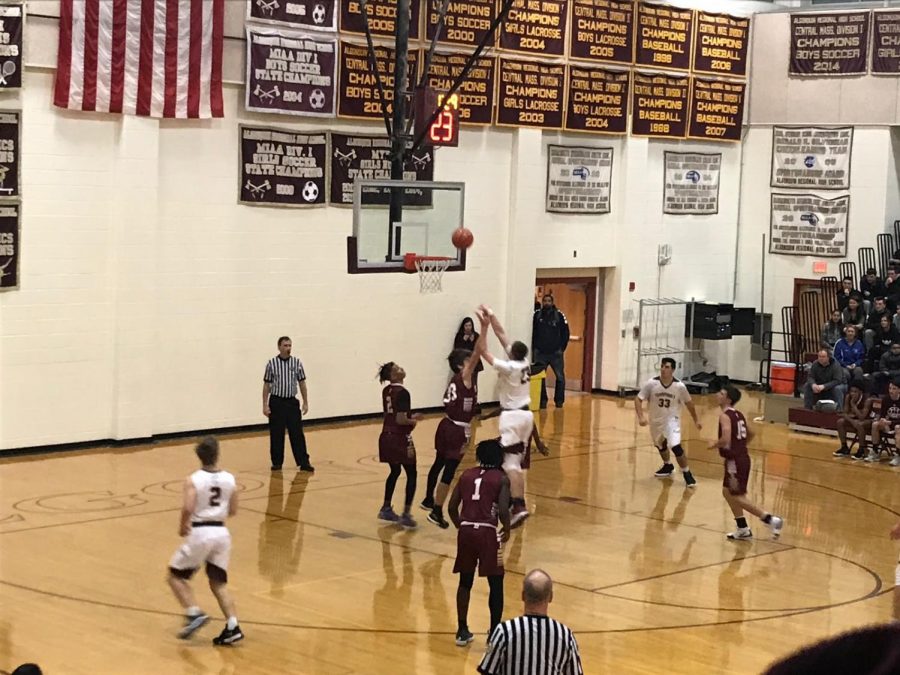 Boys’ basketball took down the Doherty Highlanders 66-60 in their regular season opener on December 7.

Freshman Alex Karaban had a strong game in his debut, putting up 26 points.  When Algonquin was trailing in the fourth quarter, Karaban stepped up to lead the T-Hawks on a 10-1 run that gave them a comfortable lead and secured the victory.

“Alex is a very confident young man, very talented,”  head coach Brian Doherty said. “Basically, at the end, he said ‘give me the ball’ and took over.  He’s that type of guy, a great teammate.”

“I thought [the defense] played good at times,” Redden said. “We definitely could be better: getting rebounds, not allowing second chances. We let up a lot of second chances which we just need to work on in practice and I think we can get better at it.”

Doherty rebounded in the second quarter as they went on a 14-3 run led by junior Alex Momo and senior Colin Schoen.  The Highlanders led after three quarters as Doherty junior Malikai Delgado stepped up to keep his team in it, but Algonquin came back thanks to Karaban’s 25-point game.

“The comeback at the end just gives us momentum to the next game, and we hope to continue it for the rest of the season into the playoffs,” Karaban said.

Algonquin hopes to keep the momentum going when they travel to Milford on December 9.  They will host Wachusett on Thursday December 13.