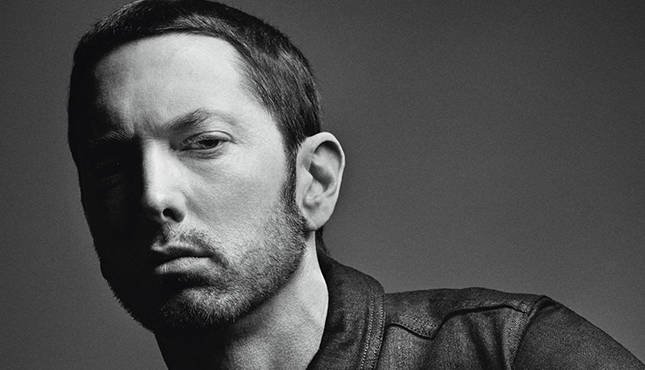 In his latest album "Kamikaze" Eminem fires at many well known artists and the industry as a whole.

Eminem has been one of the most influential rappers in hip-hop history. As a consistent name on the charts since 1997, much of our generation hasn’t even been alive during a time when Eminem wasn’t relevant.

In 2017, Eminem released his first album in four years, which he appropriately named “Revival”. However, music critics were disappointed to say the least. Some, such as Matthew Ruiz of the Pitchfork, went as far to describe some of the new songs as “unlistenable”.

On August 31, Eminem surprise released “Kamikaze” without any promotion on his social media and no announcement of a new album. The music industry was taken by surprise when they woke up on Friday morning to 13 new songs by an artist they thought was dying out.

Through the album Eminem expresses his anger with critics, today’s expectations of rap and the music industry as a whole. He claims that rap has become a genre in which people don’t care about the meaning of the words. In the song “Not Alike” he references songs such as the Migos’ “Bad and Boujee” by singing the tune with nonsensical words to mock what he believes rap has become.

He explains that he was tired of being told he was dying out; he believes he still is one of the most influential rappers of our time, and to be blunt I agree with him. Eminem is the only rapper to have constantly produced hits since he began his music career. No matter the genre, to stay relevant that long and produce music of that quality, takes enourmous talent.

Social media was flooded with talk of the new album as he directly calls out artists such as Tyler the Creator and Lil Yachty in the songs “The Ringer” and “Fall”. Many of these artists, especially Tyler the Creator, were vocal about their criticism towards Eminem’s new album, therefore Eminem took to his music to combat their comments. He called several artist for lacking what he believes to be true genuine talent. Very few times has the music industry seen such a candid view of an artist’s anger.

Listener’s are able to hear Eminem’s genuine anger and frustration, not just through his words, but through his voice. He has long been known for his passionate voice and this album is no exception.

Whether it be because of the drama or because of the shock, people around the world were obsessed with “Kamikaze,” and the album became Eminem’s ninth to reach number one on the Billboard charts.

Listening to the album, I was shocked along the rest of the world. Being an old school Eminem fan, I thoroughly enjoyed the music, but once I focused on the words and realized what he was saying, I was completely hooked.

I believe that his choice to face his anger and speak what he thought to be the truth was the smartest decision he could have made. He felt as though he could not succumb to what the industry has become, and I don’t believe he was ready to become a musician of the past.

Many professional critics, such as Forbes writer Bryan Rolli, believe that Eminem was unnecessarily angry. They argued that the music industry is continuous and almost all artists eventually die out. However, as of September 10, 2018, Eminem’s album has held the number one spot on the iTunes charts since it’s release. So whether or not he was unnecessarily angry, he made his voice heard and ultimately got what he wanted: people are talking about Eminem again.

By being direct with his audience, Eminem has been able to stay a top charts musician for over 17 years, and I am incredibly excited to see what he produces in the future.