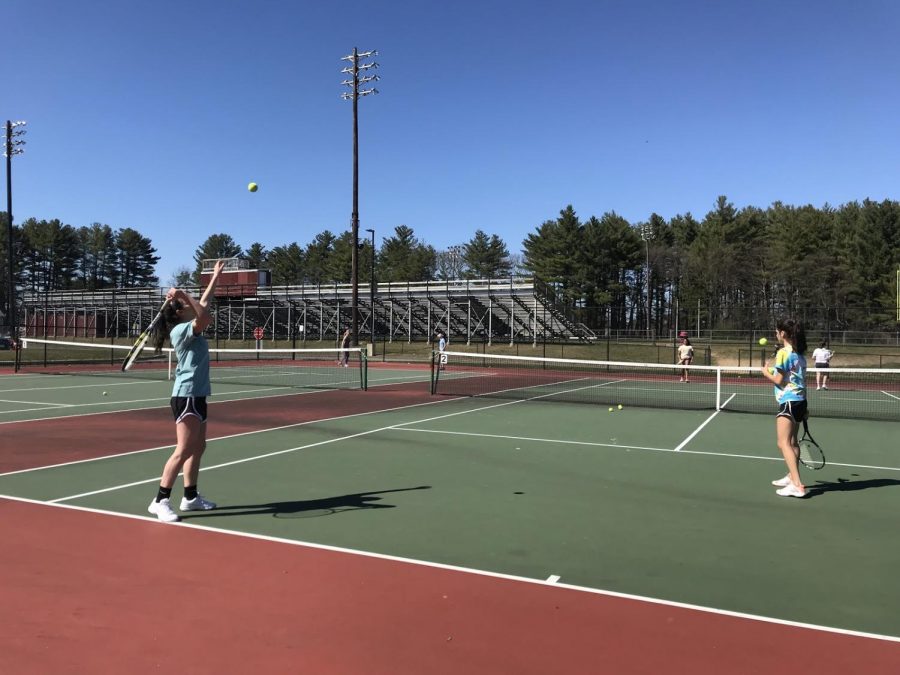 The girls’ tennis team fought a tough battle against the Shrewsbury team, resulting in a 3-2 loss on May 11.

“I thought me and [Gilfix] played really well together,” Cho said. “It was our first time playing together, but everything seemed to work in our favor.”

“We were super impressed with [Cho and Gilfix],” coach Julie Doyle said. “They pulled out a win over the number one seed in the tournament.”

The team prepared intensely for this match, knowing that Shrewsbury has always been a strong team.

“We had a really intense practice [the day before] and catered our practice to what we know [Shrewsbury] likes to do and we just focused on the goal of beating them,” senior caption Leah Lidsky said.

According to junior Darby Kim, the mental aspect of the sport is a key factor.

“When we play tough matches like Shrewsbury it’s definitely all about your mental game,” Kim said. “We have the skills to beat them. It just all comes down to who can stay in the game and keep a strong head.”

“I think overall today they gave it their all,” Doyle said. “The Shrewsbury team just outlasted us. I look at this as a learning experience and we now have the tools and the strategies to pull out a win against Shrewsbury next Tuesday.”

Though the girls lost this match, their hopes continue to soar into playoffs.

“Going forward, I definitely feel like we have a good shot at CMASS, but we are just going to have to take each match as it comes,” Kim said.

The girls meet Shrewsbury again on Tuesday May 15.