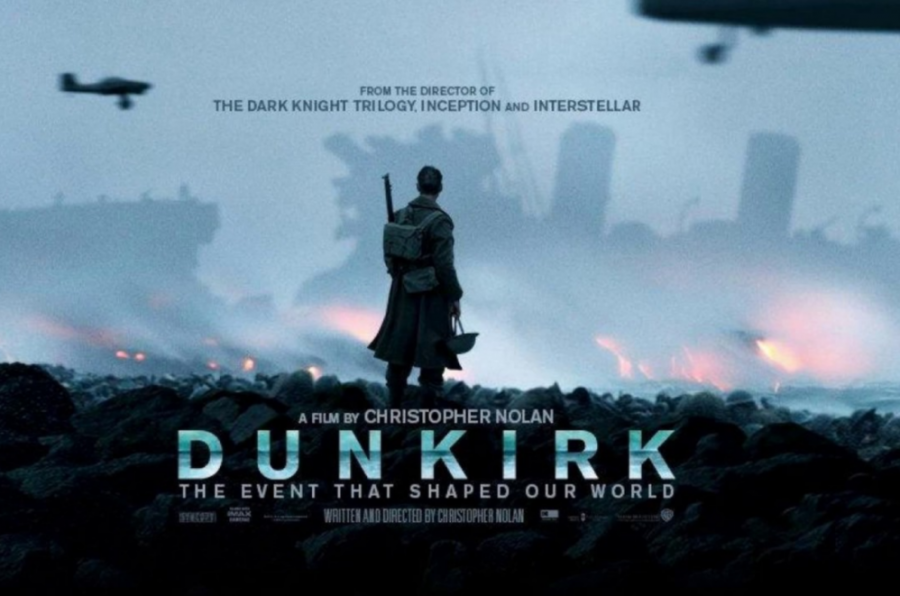 Columnist Katrina Lie shares her thoughts on the film "Dunkirk"

For a girl who generally leans toward light hearted movies with an occasional action presence, war movies usually aren’t my thing.

However Dunkirk, a 2017 war film directed by famous name Christopher Nolan about the infamous evacuation of allied troops from Dunkirk during World War II, surprised me in its ability to capture without words.

The ensemble cast, all English or Irish, is filled with a mix of experienced actors, like Mark Rylance and Tom Hardy, and rising actors like Fionn Whitehead and Tom Glynn-Carney. A surprising name in the cast is Harry Styles, who is well known in the singing world, being a previous member of pop boyband One Direction.

The miraculous evacuation is told from the perspectives of land, water and air, with stories of individual heroism all connecting together at the end to produce a feeling of pride and nationalism. These soldiers don’t know each other, yet are experiencing something very intimate and personal together.

Another interesting thing that sets this movie apart from the others is how names of the characters contain no significance. The lack of backstory of the characters create a blank slate for the audience. In other words, you don’t have to know the characters to feel their desperation, confusion and relief.

Perhaps the aspect that impressed me the most was Nolan’s incredibly clever way of telling a story with very little dialogue, instead choosing to focus on the combination of the musical score and cinematography. Every actor does an incredible job of telling the story with their eyes, facial expressions and physical gestures. All the chills and teary eyes were because of the sheer brilliance of the ensemble’s ability to show and not tell.

This movie made me, an admittedly non-movie fanatic, fall in love with the power of cinema. I recommend this masterpiece to everyone who likes war movies and everyone who doesn’t, as Nolan and all the actors leave their own marks, and I especially recommend Dunkirk to all interested in film, as this is a piece of brilliant cinema. This retelling of a surprisingly heartwarming story is one that will amaze me every time I see it.