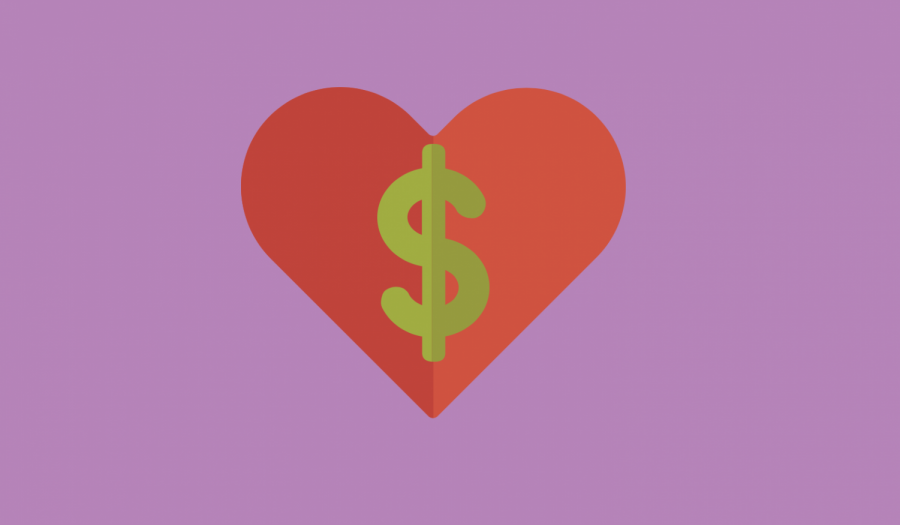 The chocolates are in Walmart, the pink and red balloons are close to blinding in CVS, flower bouquets adorn the center display with hearts incorporated in; it’s that time of the year again.

If there’s any holiday that seems to be overly commercialized, it’s Valentine’s Day. According to the Merriam Webster Dictionary, commercialization is the process of managing or running something principally for financial gain. It seems that compared to every other holiday, this day of love is thrown onto me in stores, usually as early as the week after Christmas.

But what is Valentine’s Day? Well, according to stores and businesses, it’s the time of year to spend an absurd amount on money on something that is much cheaper during the other 364 days of the year. According to a CNN article written in 2011, a dozen long stemmed roses costs around $73 around this time of the year, but only $59 during the regular season, as the demand for these flowers increases dramatically. And although many see the prices as being unreasonable, it may not actually be as much as an issue as some people claim.

If it weren’t for people buying these products, Valentine’s Day would not be a big deal. As a society, when we think about this holiday, we think of materialistic things to help support an emotional point. In a way, commercialization makes people celebrate, no matter how twisted that sounds. The love behind the day is still there, only it is expressed through gifts, creating a win win situation for the business side and the personal side.

That is not to say that Valentine’s Day doesn’t have a history. There were a number of early Christian martyrs named Valentine that were honored on February 14. The interesting part is that initially, this day had little to do with romance until Geoffrey Chaucer, a well known author from the Middle Ages, wrote a poem about valentines.

It’s different than holidays like Christmas, where the commercialization aspect combines with the religious aspect. Modern times have rewritten, and in a way, overthrown the original religious tones of the holiday. Therefore, the history of Valentine’s Day has little impact, as we see people around the world celebrating by buying chocolates, flowers and everything in between for their loved ones.

So maybe it’s not such a bad thing that we see all these heart shaped candies in stores, because isn’t that what Valentine’s Day is about? Showing the people you love just how much you love them through gifts? Besides, you have the rest of the year to show love in ways that don’t involve purchases. And no one can really complain about the reduced prices of chocolates on February 15.