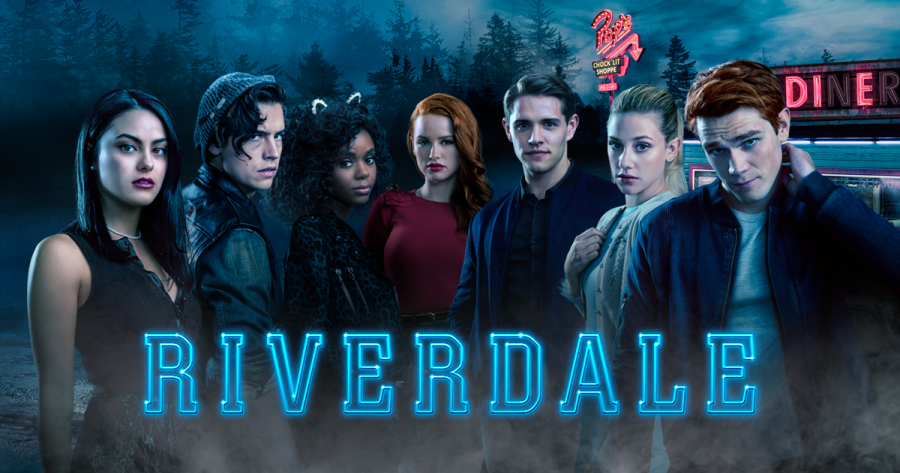 “Riverdale,” a TV show based on the renowned Archie Comics series, has erupted in popularity among young adults since its premiere on the CW network in early 2017 and has taken popular culture by storm with its inconsistent engaging storylines and cliche acting.

However, stating that the show is solely based off the comics is a bit of a stretch, as Riverdale is supposed to be a darker, more dramatic twist of the lighthearted comic series.

The teen drama first came onto my radar by word of mouth from friends, and the familiar name of actor Cole Sprouse, who was a part of my childhood with his appearances on Disney shows, “Suite Life of Zack and Cody,” and then its spinoff, “Suite Life On Deck.” Wanting to see what all the fuss was about, I clicked on the first episode on Netflix. Within 48 hours, I finished the season, consisting of thirteen 42 minute episodes.

Other than Sprouse, all the actors portraying the main ensemble are new names. KJ Apa plays Archie, the main heartthrob who is conveniently always around to save the day. Lili Reinhart and Camila Mendes play Betty and Veronica respectively, two polar opposite girls who become the best of friends and balance each other out. Sprouse plays outcast Jughead Jones, who is given the most clever lines of the series and is a character with a mysterious background. Honorable mentions include Cheryl Blossom, a seemingly typical mean girl, played by Madelaine Petsch, and Kevin Keller, played by Casey Cott, an openly gay friend who seems to be caught up in many of the group’s shenanigans.

The all-too-familiar high school setting with elements of dark drama and occasionally cringeworthy dialogue has made the show addicting for many. The foundational storyline of the first season revolves around one question: Who murdered Cheryl’s twin brother, Jason? There were many other storylines intricately woven into the main one, which led to plot twists later in the season that made me not want to take my eyes off the screen.

Currently, “Riverdale” is in the midst of its second season, and I’m not too impressed so far. The dialogue seems much more forced and the sequence of events seem very rushed. Even the romance seems cheesier and unauthentic now, especially between Betty and Jughead. Forced gestures and words make me hesitant to watch more.

However, I’m not going to say I hate the show. The first season gave me high expectations of the second one because it was that good. It took a couple of episodes for me to really get into the first season, so hopefully the second half of season two is better. I am interested to see where the writers have gone with “Riverdale”s future storyline, since right now, I’m not quite sure what the end goal is.

To catch the popular show with spots of comedic dialogue and a borderline of too much drama, tune into the CW network at 8 PM on Wednesdays, returning January 17.