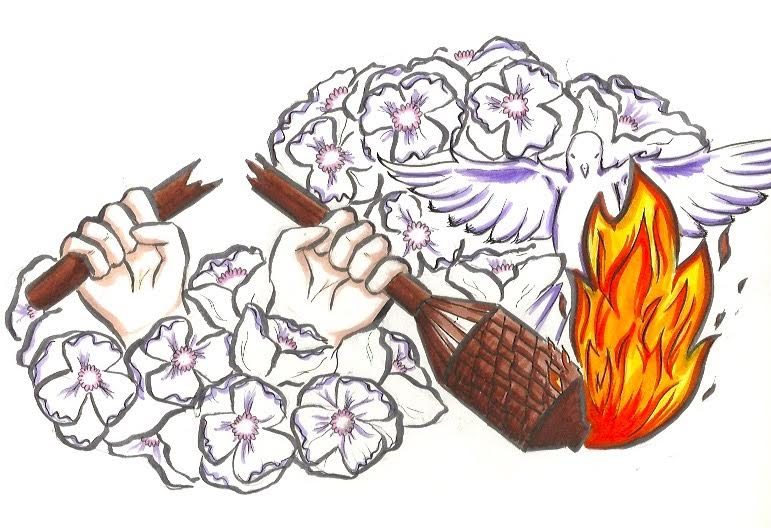 Although seeming like a far away and distant idea, white supremacy can be seen anywhere.

I believe that the actions of those who protested on August 11 and 12 in Charlottesville were despicable, to say the least. They were hateful, horrific, and tore not only the country further apart, but our society as a whole.

However at the end of the day, I subconsciously pushed these events to the cluster of other worldwide tragedies that seem so alien and foreign, as something with that level of horror could never possibly occur anywhere near here.

About a week after the riots, when I had almost forgotten of the events that occurred not too long before, I had heard that an Algonquin alumnus participated in these riots and was an active part of this hateful event. In that moment, I realized something that I thought I had known previously: the hate we see on the news in far away places can be as close as down the street. It could be sitting next to you in English class. It could even be someone you consider a friend.

I am not saying that everyone should now be overly attentive, tagging anyone you believe to be an anti-Semitic, racist, or Neo-Nazi, because the truth is, a majority of people do not hold these beliefs. However, I think that everyone has  a duty to actively call out such behaviors, treat everyone with respect, and accept the differences that they will inevitably be surrounded with by living in a growingly diverse country.

It is the job of the education system to take up these responsibilities, and teach the next generation about the horrible discrimination of the past so we can learn from our mistakes, instead of brushing it away as simply something that happened. It is the job of teachers and parents everywhere to teach children the very nuanced yet crucial difference between “free speech” and “hate speech”and where the line has to be drawn Without this education, the values that we consider to be unfamiliar to our closed off communities will grow without anyone realizing it before it is too late.

This is an issue in our society above tax rates. This goes back to the basic issue of how we, the people, treat one another. This is not blue vs. red, or Clinton vs. Trump, because if we continue to make it a competition, our society as a whole will continue to be the victim.

As a school, as a community, and as a society, we need to be able to respect and acknowledge one another regardless of our differences, because without this acknowledgement we will not be able to heal from this chaotic and divisional time in American history.