What it’s like to be a millennial classic rock fan 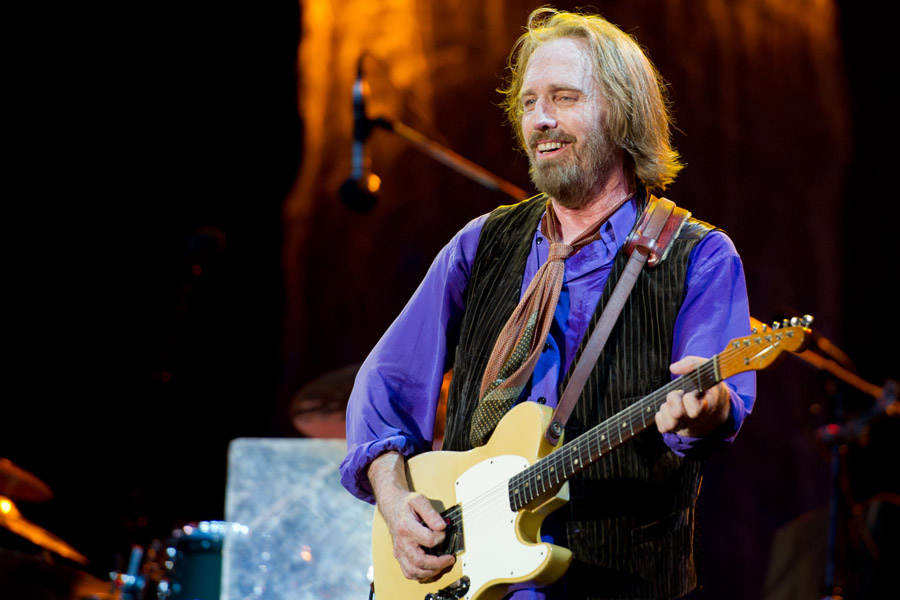 First it was David Bowie. Then it was Prince. Now Tom Petty has passed away unexpectedly.

For most teenagers, this is not a big deal. It is something their parents talk about at the dinner table that they tune out. But for me, these artists are my heroes, not just names and death dates on the front of a magazine.

Being a millennial classic rock fan has its advantages; your parents let you attend concerts on school nights because they want to go with you. You don’t need to buy new music because all the songs you like are already on your dad’s iTunes account. You get records passed down to you from your parents and your parents’ friends who have no use for them anymore. But being a millennial classic rock fan has been especially hard in recent years.

Most teenagers get to see their favorite bands in concert often and without worry that it may be the last time. Half of my favorite artists were dead before I was born. Never will I get to see a Beatles concert, a Doors concert or a Lynyrd Skynyrd concert. At this point, I have accepted the fact that I was born in the wrong generation.

Tom Petty’s death announcement on October 2 really hit me hard. I had just seen him perform at the TD Garden on July 20, my birthday. He looked healthy enough to me; I never would have guessed he’d be dead three months later. I can’t help but wonder, what if? What if I had missed my last opportunity to see him live? What if I said to myself, “I’ll just go to his next tour,”?

There is no next tour. He is gone.

Millennial classic rock fans now know that there is no bad time to go see a rock concert, because the artist may be gone in a week. I have lived by this philosophy ever since Bowie died. Since then, I have seen Bruce Springsteen three times, and Billy Joel, Paul McCartney and Tom Petty once. All of the shows were incredible, and I would not trade them for the world. It is crucial to see these older artists before they are gone because you never know what is going to happen.

When talking to my peers, I have to describe Petty as,“The guy who sings ‘Free Fallin’.’” Yes, “Free Fallin’” is a great song, but Petty had so many more songs than just that one everyone knows. I have gotten used to it. When I tell people my favorite artist is Bruce Springsteen and see the confused look on their face I know it will go away once I say, “He sings ‘Born in the U.S.A.’” That’s just how it usually is. But Petty deserves so much more credit than just singing “Free Fallin’.” He was a pioneer for rock music, with countless hits and many successful albums. When a tragedy like this happens, I think it is important for teenagers to look him up and maybe learn a thing or two about the man that had such a huge impact on millions of people.

One of my favorite Tom Petty songs is “American Girl.” I suggest that every person in my school that doesn’t know it listens to it and tries to appreciate the talent that was Tom Petty. He was a musical icon that will never be forgotten, and his music will always hold a special place in my heart.