OPINION: Why the Beatles are the best band of all time 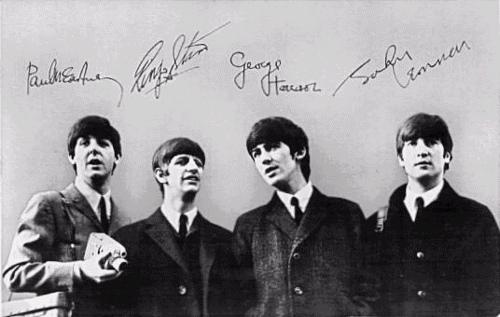 The Beatles remain an iconic emblem for timeless music and have inspired fans across generations.

“Help, I need somebody,” once belted out the late John Lennon. “Let it be,” replied Paul McCartney. In the end, “Here comes the sun,” sang the late George Harrison, and though the band did not walk off into the sunset, their music will forever be at the top. The Beatles made the greatest music ever, and it will stay that way.

The band, made up of four English men, Paul McCartney, John Lennon, George Harrison, and Ringo Starr, met in 1962 in Liverpool, England. They played anything from country (“Rocky Racoon”) to hard rock (“Revolution”) music, but mainly soft rock and pop music for the next eight years. They sang about peace, love, women, drugs, trips, and sometimes lyrics that did not even make sense (“Come Together”).

People on the internet can disagree that the Beatles were too mainstream and actually just stole music off other artists at the time. But tell me, how come the people they stole music off of are not the best-selling artists of all time? The Beatles have over one billion dollars in sales, and they did not even make it to iTunes until 2010 because of management and contracts.

Noisey.com, an art, music, and pop culture magazine and website, argues that the reason they are not the greatest band ever is because they all hated each other. And sure, the Beatles were not fond of each other, but what does this have to do with music? Every band has disputes; they are a natural conflict of egos.

So the next time you hear a Beatles song, stop for a moment. Really listen to the lyrics, the music, and the masterpiece overall. A good place to start is their “1” album. You cannot go wrong with over twenty number one hits. It is time to appreciate the greatest music and greatest band ever.